Oxford university located in London is one of the top universities in the world. Also, it is known to be the second oldest university in the world that is still operational. Studying at Oxford is like a dream come true, however, not many Pakistani students get a chance to live their dream. This is due to the lack of funding. Consequently, the representation of Pakistan in the university is very limited. Nevertheless, this issue is not going to stay around for long as Oxford University has launched the Oxford Pakistan Programme.

The cultural and exchange programs are meant to facilitate the bilateral relations between the countries.  It’s a kind of diplomacy, the students represent their country in the host country. Furthermore, the host countries offer the international students to develop new skills and talents in a whole new environment.

Pakistan is the second largest ethnic community in the UK yet, it stays the most underrepresented. Keeping this in mind and to provide more academic opportunities to the Pakistani students the Oxford university has launched the new Oxford Pakistan Programme. The platform was launched at the Lady Margaret Hall, part of the University of Oxford.

The attendees of the launch included many renowned, experienced, and honorary people. Around 200 guests were present at the launch. Among them were the High Commissioner for Pakistan Mr. Moazzam Ali Khan, Naz Shah MP, Malala Yousafzai, Pakistani American entrepreneur, Sohaib Abbasi, and Yasmin Qureshi MP.

Many senior administrators and academics of Oxford University were also present at the event.

The aims of the OPP platform are to upgrade Pakistan’s profile and teach studies related to Pakistan at the university, through scholarships to set up an engagement link between the academic community of Pakistan and the University of Oxford, and to increase the representation of British Pakistani and Pakistani students at the University.

The co-founder of OPP, Dr Talha J Pirzada said that approximately £1million of commitments for the next five years have been secured by the initiative. The initiative is to fund several programmes that are a part of it such as the graduate scholarship programme for Pakistani students at Oxford.

Another co-founder of OPP announced the launch of bursary programme of OPP to financially support the Pakistani graduates already studying at the university. Moreover, its access programme will address the issue of the under-representation of Pakistani students in the UK and facilitate the application process for Pakistani resident students applying for Oxford.

Scholarships For Pakistani Students In The United Kingdom

Many other initiatives have also been launched under the OPP. A great framework to promote cultural diplomacy in Pakistan and the UK. 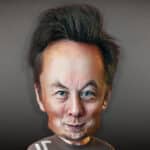 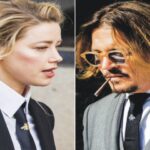