Before coming to the limelight and becoming Chief minister of the most important province, he was little to less known as a politician. He belongs from Barthi. It is a remote town on the outskirts of Taunsa Sharif along Punjab’s border with Balochistan. A shock to everyone, as they had expected someone politically known to embrace this important position.

Everyone was doubtful of his role and position from the start. Imran Khan had to step in to assure that the man he has chosen, is the right one. The reasons to defend were that he comes from a backward area and can understand the problems of the poor people better especially interior or Southern Punjab.

I want to make it clear I stand by our nominee Usman Buzdar for CM Punjab. I have done my due diligence over the past 2 weeks & have found him to be an honest man. He has integrity & stands by my vision & ideology of Naya Pakistan.

People thought that he would hardly last for six months in the office, but he is acing well in Punjab. He may not be the flamboyant one, but he stays by his words. The silent one as he is called is doing well in his domain.

Hospitals are always in need of up-gradation. Punjab is the largest province and needs more hospitals with the increase in population. Nishtar Hospital II in Multan, Sheikh Zayed Hospital II in Rahim Yar Khan, Institute of Cardiology in Dera Ghazi Khan, and Mother and Child Hospital at Sir Ganga Ram Hospital in Lahore are in the process of completion. Eight more hospitals are in the pipeline, including new facilities for mother and child health. Tehsil headquarters hospitals, rural health centers, and basic health units are also being upgraded.

14 shelter homes have been established for the homeless. They have found a welcoming and care-taking environment. Something they were deprived of for some time. This is a great initiative.

A synthesized agricultural policy has been launched. Prime Minister National Agriculture Emergency Programme worth Rs. 300 billion is in progress. The government has also launched the Kisan Card Programme to provide subsidies. Land record centers are being established for the facilitation of the public at their doorsteps. The irrigation systems are monitored and upgraded to help the farmers.

He inaugurated the Gulab Devi Underpass, which has been renamed after Abdul Sattar Edhi. It is a breath of fresh air for the people living in the surrounding areas of main Ferozepur Road. The full height three-lane underpass would help the movement of 132,000 plus vehicles easily and smoothly. It would help save Rs. 60 million through transparent tendering.

He said that the facility would also benefit the patients of Gulab Devi Hospital, Children, social security, and General Hospital while accommodating the hundreds and thousands of citizens in their daily movement. The Abdul Sattar Edhi underpass has been completed two months before the deadline. Lahore Development Authority (LDA) appreciated it as well. He said, “The Punjab government has also saved millions of rupees in every project by ensuring transparency.” 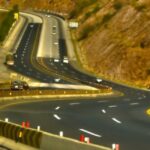