There are two sorts of individuals in this world: individuals who take pleasure in hearing birdsong first thing, and individuals who feel drowsy and get irritated and wish birds had a quiet button. So, are you a night owl or an early bird?

Morning people, likewise called morning larks, fall into the main class. Most morning people appreciate awakening when the day is fresh and will quite often fade quickly in the evening hours.

Evening people, then again, will more often than stay late and keep awake until late since they find they’re generally useful during the later hours of the day.

Michelle Worley, RN, supervisor of clinical activities at Aeroflow Sleep, makes sense that the expression “night owl” is inspired by the actual creature. The term depicts individuals who have more energy around evening time and rest into the day, as night owls.

According to Worley, the term early bird originated in the 17th century. So if you are early as a bird, you will get the worm first.

The researchers show that morning people have more positive emotions as they tend to gel in society naturally because of their sleep patterns. Social connections may be a hassle if the time gets past 8 or 9 pm.

The night owl finds it difficult to function during the day as it is scheduled from 9 to 5 or 6 pm. It may affect the school schedule because of this habit. Traditional jobs do not accommodate the evening or nighttime.

So which one are you? 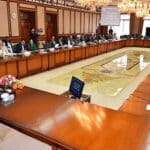