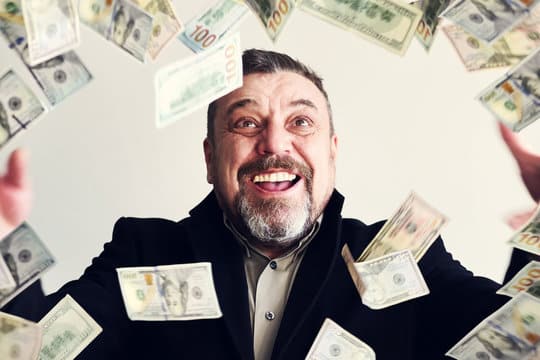 We feel fortunate when a Rs 100 note appears from nowhere in the pockets of our pants that were sitting in our closet for months. We tell it to the world, update our Facebook status to ‘feeling lucky with 80 others.’ If a Rs. 100 note can bring life to your dull and boring life, just imagine how would you feel if someday, out of blue someone transfers Rs.37 million to your bank account? Can’t tell who’ll be more doomed you or the person who transferred the cash but one thing is guaranteed you’d never update your Facebook friends about the fortune that landed at your door steps. Or would you? Yeah, we thought so too. A simple answer to a simple question, what to do when you get paid 286 times your salary? Without a second thought: YOU RUN!

This actually happened to a man in Chile. The man was employed at Consorcio Industrial de Alimentos (Cial). He was being paid salary worth Rs 111,760. Then the most beautiful accident of his life happened… No! he didn’t get the girl of his dreams but a salary worth 286 months was transferred to his bank account. This man is surely going down in history books. A separate book should be pen down with title: How to become millionaire accidently?

Not only was he fortunate but daunting as well. The man called the human resource and informed them about the mistake. Aww… he should be awarded employee of the year award! We felt the same way but who said he returned the money? It was just a call telling the company that your time in the market is over.

After going through the company records, the HR confirmed that it was a mistake and told him to return the disbursed amount. The company really thought the employee would return bearing gifts for them. Nevertheless, the employee promised that he’ll return the cash the other day but since then no one has heard from him. He even handed in his resignation on June 2.

The HR still awaits the employee at the company’s entrance gate hoping that one day that man will come walking in through the door and return the money. Sad to break it to you but he might not ever return.

Although, the company filed a suit against the prodigal employee. Then again what are the odds of him not returning the money?