Every parent wishes their children to grow into a successful doctor or engineer. Yeah, not a successful human being but either a doctor or engineer. The two most prestigious professions, although times have changed and other careers have also come to fore but none can beat a doctor or engineer. Especially doctors, they just have a separate league. The time, hard work, and money they invest in this profession, all pays off once they become a doctor and starts serving the community. But ever heard of a family of doctors where every single member of the family is a doctor? It made us wonder how many apple we need to eat in a day to keep ‘the family of 150+ doctors’ away?

No kidding, a family in Delhi has 150+ doctors. Just imagine, you just have to eat an apple to keep your annoying doctor relative away but….. wait a minute you are a doctor too!(awkward silence)

Before independence, late Lala Jeevanmal opened a hospital in Pakistan’s city of Jalalpur. It is said that he took inspiration from Mahatma Gandhi’s words ‘country’s future depends on education and quality of health services.’ After independence, Lala Jeevanmal migrated to Delhi. All his four sons became doctors starting a whole new unprecedented tradition that continues till date. According to one of the family members “This has been going on for the past 102 years. But this is not an easy job, as one of the sons of the family started studying for a management degree, but the grandmother‘s emotional appeal and the family‘s atmosphere compelled the son to leave management studies and pursue the medical profession. He is a successful surgeon today.”

Delhi’s Jeewanmal Hospital is said to be one of those hospitals that serves the humanity with full respect and sincerity. The family also lost two members to Covid. Nevertheless, the family stays committed to their work. 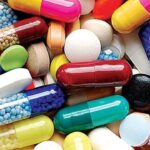 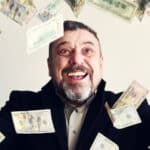