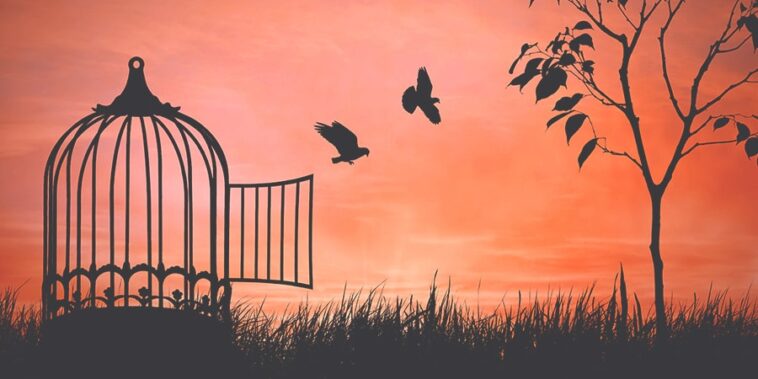 Whenever anyone hears the word ‘freedom’, a definition immediately pops up in their minds. The concept is very much subjective because the meaning of freedom varies among people. It would be very unfair to strictly define freedom by a dictionary definition.
If you ask people what is true freedom according to them, they will start telling you numerous varieties of freedom. Some will say that freedom of speech is real freedom. Others might consider the aspects that true freedom relies on the fact that we can genuinely be ourselves without any fear of judgment by the society around us. Other people might consider it in terms of surrendering yourself completely to God. The mere fact that it is such a personal notion, makes it very difficult for any person to conclude what might be actual freedom. In my opinion, someone who defines it as freedom of expression doesn’t realize the fact that in reality, that person is actually a slave of his own mind or anyone saying that freedom lies in the acceptance of yourself and living your life the way you want doesn’t entirely comprehend the fact that the person is actually a prisoner of his own desires and fascinations.

On the other hand, people say that real freedom is spiritual meaning the ultimate submission to the will of God, those people are indeed not free because they live every element of their lives according to their Lord. These imprisonments described above are so subtle that people do not actually understand that they are not free in fact they are living their lives according to one or another viewpoint, they are still very much slaves of this world whether it is in terms of psychological, physical or spiritual.

So if we all are slaves of this world what exactly is true freedom? I believe that we can truly be free only by facing death. Many people portray sleep as mini-death that is because when anyone is dead they are free of every type of stress, any type of belief or emotions, or this society or religious perspectives. In sleep, any burdens or troubles of this world cannot get to you. Everyone in their lives has at least once experienced someone’s death, and among them, the common element between all the people who are dead is that they get free of the judgments of this world, of all unfavorable circumstances of their lives, of all the Pride, prejudice, and discriminations, of their likings or disliking, liberty from interpersonal relationships, liberty from sociological issues of poverty or health issues like mental health or chronic diseases, freedom from disasters or disappointments or misfortunes, or simply freedom from everything or anything. If people deem sleep as freedom from reality, death is not just freedom from reality; it is the ultimate freedom from this world.

Death is what is indiscriminate, it doesn’t judge you on what you’ve accomplished in your painful life, and death will welcome and accept you with open arms and it will whisper to you “come my child, for you are free now and you can sleep as much as you like” so falling safely in the arms of death is true freedom. We look around ourselves every day and we see heartache and pain. People are doing their best to be just loved by someone, to be accepted by someone, and looking for a place to feel safe in this real world. Our whole life is an act of achieving some sort of gratification, we humans dedicate our whole lives to finding happiness or fulfilling all of our wishes. But if we get everything that our heart wants what do we live for? What do we struggle for? But the irony is that people are still afraid of death, they don’t ever want to come face to face with it.
Death is beautiful freedom, life can be brutal but when death gives you the true freedom of not caring about anything at all it doesn’t necessarily have to be sad, it can be a peaceful ending too, a luxury. As Malcolm X once said:
“The price of freedom is death”

*Ayet is a student of psychology at the National University of Modern languages (NUML) who simply loves reading and has a keen interest in writing. She believes that words are extremely powerful that leave an impact on people always. Being someone whose mind is always filled with either vibrant or dull thoughts it needs to be expressed and the best way to do it is through writing. Writing in her opinion is a way that can keep anyone sane. 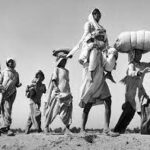