With climate change taking the charge of the planet earth now, the planet is in trouble now. Floods, heat waves, and droughts are there to challenge the advanced human race. To top the list, tsunamis and earthquakes have also joined the lists of disasters. Just now, Taiwan has been hit by Tsunami and earthquake. It lies near the junction of two tectonic plates.

Tsunami warnings had been issued earlier. The US Tsunami Warning Centre said that the hazardous tsunami waves were possible within 300 km (190 miles) of the epicenter along the coasts of Taiwan. Whereas, Japan’s weather agency said that the tsunami waves of 1 meter for part of Okinawa prefecture, which followed the earthquake.

Panadol Shortage-How to handle it?

The magnitude of the earthquake was 6.8 according to the island’s weather bureau. The US Geological Survey measured the quake at a magnitude of 7.2 with a depth of 10 km (6.2 miles). People in West Indonesia evacuated after the earthquake.

Our prayers are with the people of Taiwan.

An earthquake of magnitude 7.2 hit off the coast of Taiwan
Video of under construction building.#Taiwan #earthquake #台湾地震 #臺灣 #地震 #台湾 pic.twitter.com/BN5xwbKrF1 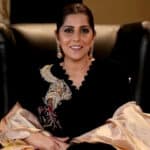