As 14th August 2022 is nearing, we all are trying to connect to our roots to celebrate the day to the fullest. This Independence Day, let’s cherish our past with the contributions of our unsung heroes. They played a significant role in making Pakistan a reality. Although they were not highlighted by the media back in the day they equally contributed to the cause. Like our men, women also played their role in the Pakistan movement. They stood side by side with the men, in actualizing the idea of a separate homeland for Muslims. Neemopani aims to pay tribute to all such silent heroes who were a part of the struggle. This time in the tales of the unsung heroes we bring forth a personality who firmly spread the message of independence among the common masses. Fatima Binte-A-Mehboob Alam has been a beacon of hope and awareness during the dark days of history.

Fatima Binte-A-Mehboob Alam a.k.a Fatima Begum was the first Muslim journalist of India (subcontinent). In 1909, she held the position of editor of “Sharif Bibi”, a fortnightly magazine for women. She also started publishing the weekly magazine ‘Khatun’. Both the magazines were aimed at training Muslim women politically, morally, and mentally.

Wherever possible, Fatima Begum tried to help Muslim women to grow and evolve. Being aware of the situation, at that time, was the most important thing and Fatima Begum left no instance in keeping the Muslim women posted. Fatima Begum also worked as Joint Secretary and Secretary of two Muslim Women organizations based in Lahore i.e., Anjuman-i-Khatunan-i-Islam (Muslim Women’s Association) and Anjuman-i-Hami-i-Begmat-i-Urdu (Muslim Women Association for the Support of Urdu. With the power of her writing and strength of character, she managed to organize and motivate the women of Punjab.

In the 1946 Muslim League election campaign, Fatima Begum was seen at the forefront in garnering support for Pakistan. She visited the rural and urban areas of West Punjab and managed to persuade the Muslim Women to cast their votes in favor of Pakistan. In one of her reports to Muhammad Ali Jinnah, she briefed “During the last week, I visited Rawalpindi, Jhelum, Gujarat, Wazirabad, and Gujranwala and addressed women’s meetings at all these places. They had the desired effect everywhere and I was able to enroll about 400 members in the women’s section of the League. A lady from Jhelum who was formerly a Congressite has now become a staunch Leaguer.”

Her support, struggle, and contributions didn’t end with the creation of Pakistan. She devoted her life to the education and welfare of the women and young girls of the country. In 1953, she also established Fatima Girls High School at Justice Jameel Hussain Road near Lahore High Court. Fatima Begum accommodated and helped the Muslim Women who were caught in between the horrifying mass migration during independence. “She dined with them, listened to them, cried with them, and gave them financial support”.

Without Fatima Begum, it would have been really hard for Muslim women to live and breathe in peace. The heart-wrenching partition stories are filled with the traumatic experiences of Muslim Women. If it weren’t for Fatima Begum, the women of Pakistan would have never been able to surpass this storm. We pay tribute to all those women who suffered and sacrificed themselves for Pakistan. 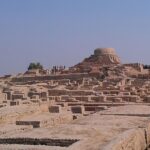 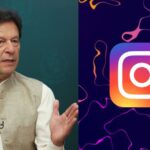