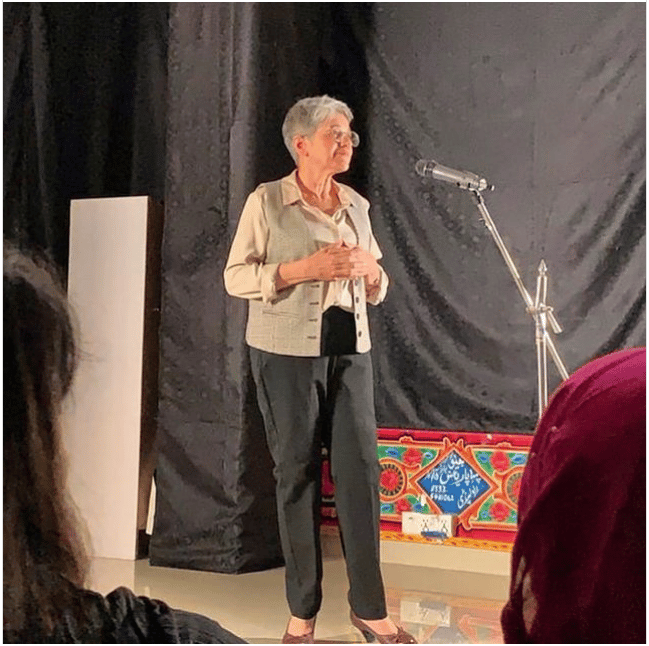 Being a woman and that too challenging the norms of society is an uphill task. A woman after her 60s is thought to be a useless object who is a burden on the family. Robina Athar Ahmed aka BB Funkar is one woman defying all odds in standup comedy. Woah! That is different.

Have you ever thought that a woman past her 60s and retired would be on stage roasting you? Nah! At least, not me in my wildest dreams. Robina Athar Ahmed has done the feat. She is not apologetic and she has embraced herself with open arms.

The interesting part is that she is not an ordinary person (don’t mean to demean anyone). She has served as a civil servant since 1983 in multiple institutions like the Federal Board of Revenue and the Ministry of Commerce etc.

She thought of becoming a stand-up comedian. Her comedy includes taboo topics for women. It is a daring move owing to our societal mindset. She has been a fan of theatre. She tried to be part of the stand-up comedy but was refused because she had no prior experience.  “I checked with the organizers if they could take me and they refused because I had no experience. I want to give it a try so I went to an open mic and performed stand-up comedy there for the first time”.

Auratnaak approached her for her bold expression. “I realized this is what I always wanted to do and it’s never too late to start something new and pick a cause to work on it — age has never been a problem. In fact, age has worked as an advantage in my case; people tend to listen to me, and even with opposing ideas, they are civilized in their feedback.”

She knows that the comedy that she presents is hard to swallow but she focuses more on delivering the message.  “The message in my comedy should have been relayed ages ago but I am glad that I am conveying it now. I always had this guilt that our generation has not played its role in raising these issues and so I believe it is my moral and societal responsibility to compensate for that mistake.”

She uses her personal observation and experiences and stands up against the patriarchy. “I want men to appreciate what a woman goes through in her life, acknowledge her contributions to their and the family’s life, support her and give her space so she can do what she wants,”

She mostly presents in Punjabi which is a little unusual as the standup comedy is in English or Urdu. According to her, she is comfortable and this is her natural expression. She is also interested in performing abroad.  “I am also looking forward to doing shows outside Pakistan in Canada, England, and Sweden where there are big Punjabi-speaking communities.”

It is a great thing to see people of different ages doing stand-up comedy, entertaining, and making people aware as well. 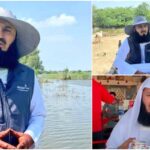