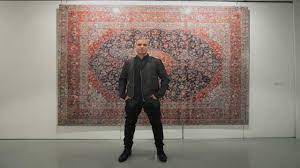 Rana’s recent installation ‘It Lies Beyond’, as part of Karachi Biennale 2022, is an interactive art piece allowing observers to fully immerse in the experience through an AI app that converts the display into moving pictures. A stimulating art work of such a huge scale has been possible because of the generous support of JS Bank.

Rana depicted an ominous, serene seascape that, on closer inspection, reveals the heaps of garbage that it is composed of. The artwork refers to the post-renaissance materialist inquiry, the explorations of and expansions to the other worlds, sea-trade, colonization, industrial revolution, consumerism and highlights tainted waters owing to human waste and pollution followed by global climate change resulting in various natural calamities like recent floods – all unfolding as various chapters of a saga that begins and ends with waters.

The work is on display in Karachi Biennale 2022 at the NED University City Campus till the 13th of November. JS Bank aims to continue in its strive to promote the arts and artists of Pakistan in an effort to raise awareness.

On the opening day of installation, Rana commented: “The drive behind making a work of this scale and magnitude was to give people an opportunity to actively become a part of an environment, because we rarely get to experience such immersive installations in Pakistan.”

Visiting the exhibition, Basir Shamsie, President and CEO of JS Bank, remarked: “Art is one of the finest ways to put a difficult message across masses. This exquisite art piece by Rashid Rana is sure to get the audiences thinking about the harm we are doing to our environment as a nation.”

Rashid Rana, one of the most prominent artists in South Asia today, is notable for his ideas, imagery, pictorial strategies, and working in dramatically different modes. Rana has exhibited extensively at various galleries and museums globally. He mediates between artist, curator, educator and visionary.

Rana is a recipient of multiple awards including the Game Changer Asia Art Award, International Artist of the Year and Sitara-e-Imtiaz. His works are in various public and private collections including the British Museum, London, Metropolitan Museum, New York, Fukuoka Museum of Art, Japan and Saatchi Collection, London. Rana’s recent design of Pakistan Pavilion exterior at the world expo 2020 Dubai received international acclaim.

JS Bank, one of the fastest growing banks in Pakistan, is actively involved in promoting the arts and culture of the country. From the northern highlands to the southern shore, Pakistan is enriched with a strong thread of art and culture that weaves the country’s tradition and belief systems.

The Karachi Biennale is KBT’s core project that connects art, the city and its people, and acts like a temporary museum showcasing leading artists in Karachi. 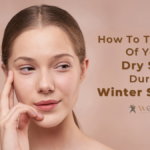