Pakistan is going through a severe pre summers heatwave. Rain can decrease temperature and make it bearable. Pre-monsoon rains cause a decrease in mercury, giving relief. The rain on Friday hit most of the cities across the country. It made the traffic slow, though, yet it was welcoming for the people.

Because of the early set on of summers, the water shortage has aggravated, causing unrest. There are chances of flooding as well in low-lying areas. The MET office has already issued a warning and asked for precautionary measures.

The spokesperson said that the twin city’s administration has made plans to ensure that there is no monsoon management. They are working closely with NDMA, WASA, and WAPDA to handle emergencies.

CDA has been clearing the drainage systems and launched a project of stone pitching which aims to clear the passage by removing garbage for the uninterrupted flow of water. More focus is on low-lying areas. They have issued alerts to areas where people live near rivers and watercourses. The provincial health departments have the necessary staff and medicines for emergencies. 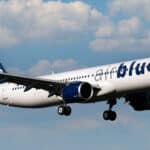