The Queen is back! Beyoncé has announced a new album, titled Renaissance, to be released on July 29 and fans can’t stop screaming. Several streaming services, including Spotify, also announced the forthcoming Beyoncé released on social media.

Rumors of a new 2022 release first started to spread online on June 9, after Beyoncé removed her profile pictures across all of her social media pages. Across her extensive career, Beyoncé has maintained her position as one of the most powerful, attention-commanding performers in music, reshaping pop stardom in the process.

This will be Beyoncé’s seventh studio album as a solo artist. It includes 16 tracks and appears to be a double album, as the tweet described “Renaissance” as “Act I.” The 28-time Grammy winner teased in an interview with Harper’s Bazaar last year that new music was on the way, saying, “I feel a renaissance emerging,” which evidently was a clue to the album’s title.

Beyoncé briefly opened up about her creative process, saying her albums often take a long time to come to life. “Still, there’s nothing like the amount of love, passion and healing that I feel in the recording studio,” she added. “After 31 years, it feels just as exciting as it did when I was 9 years old. Yes, the music is coming.”

Well, the countdown is on. The queen is all set to send shockwaves across social media overnight with her new album, “Renaissance,” out on July 29. 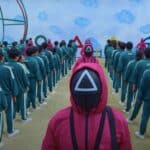