Parizaad, a screenplay based on the iconic novel by Hashim Nadeem, is making rounds on the social media for the character of Parizaad being perfectly played Ahmed Ali Akbar. There are nothing but all praises for the star as he perfectly depicted the struggles of a common man with his remarkable acting skills and involvement in the role.

Let’s all agree that the director did take a leap of faith with this drama as the topic being completely different to the regular dramas we are used to of watching on our tv screens. The typical saas bahu  stories, an evil intruder between two lovers or a damsel in distress also all stories revolving around women in lead roles, however, with Parizaad, there is none other of its competition and we are so glad this was introduced to our tv channels.

Not just Ahmed Ali Akbar did justice to his role, but all the other roles played by renowned actors such as Nouman Ejaz, Saboor Aly, Urwa Hussain were played remarkably and we are just anxiously waiting for Yumna Zaidi’s appearance in the drama to make it all the more worth watching. The twists and turns, and the suspense that we all feel while reading a perfectly written novel has all been amazingly adapted into the drama serial. Heck, this might have been the first drama in ages to have grasped the male attention aswel.

Thanks to Parizaad, the fights between drama and news channels calms down the day this masterpiece hits our screens as episodes are highly anticipated by both the males and females of the house. It is due to Parizaad that we recognised what an amazing actor Ahmed Ali Akbar is as a gift to our media industry. 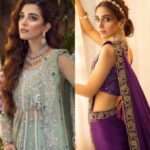 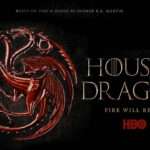