Pakistan is very fortunate when it comes to startups. The ecosystem of startups in the country has seen a significant boost. Many countries and foreign investors are investing in Pakistani startups. Not only this, seeing a conducive environment for startups growth, many foreign-based startups are also expanding their business in Pakistan. It seems like Pakistan is one step closer to ruling the world of startups. Recently, a Pakistani startup Zaraye raises $2.1 million in pre-seed funding.

Zaraye is a raw-material procurement startup. The startup aims at providing raw materials and working capital to manufacturing businesses. Currently, it is serving the construction and textile industries. At the moment Zaraye has almost 300 suppliers and partners in almost 20 cities. The co-founder of Zaraye, Ahshan Ali Khan said “The manufacturing sector in Pakistan has been operating with very marginal innovations [for] decades, [with] WhatsApp being the only notable change in how processes have evolved. Zaraye intends to change that.”

Zaraye works as a platform that connects manufacturers directly with the suppliers. It gives manufacturers more authority as they just have to post their requirements and wait for suppliers’ quotes. For Suppliers, Zaraye gives them a network of buyers, to look for a combined demand.

The manufacturing sector of Pakistan makes up 20% of the economy with yearly raw materials of $35 billion which accounts for approximately 65% of the total manufacturer’s cost.

In 2021, Pakistani startups raised almost $350 million which is higher than the amount raised in the last 6 years altogether. Recently, Zaraye raised Zaraye raises $2.1 million in pre-seed funding. The investment was co-led by Zayn Capital and Tiger Global Management. This was the first time that Tiger Global Management, invested in early-stage investment in Pakistan.

Zaraye co-founder said that it offers a win-win situation to all the parties. He said, “We aim to strengthen the backbone of the country’s economy by helping the entrepreneurs in finding avenues to optimize and scale.”

Startups like Zaraye are contributing to the economy of Pakistan and are a leading example for other startups to look up to. 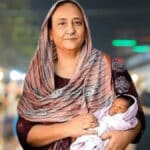