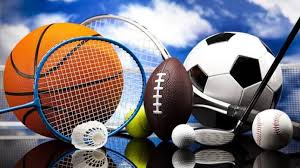 In the last week, Pakistan has achieved new heights in sports. Pakistan, in sports, is excelling rapidly. In recent history, Pakistan has grown and taken part in different sports events. Despite the lack of facilities, our players and athletes are making the nation proud of their recent achievements in sports. Here are a few achievements that our Pakistani athletes and players have achieved last week.

The Malaysian Women’s Baseball Team was in Pakistan for a three-match series. The three-match baseball series between the women’s teams of Pakistan and Malaysia were held in the Bahria Town Baseball ground in Lahore. In the friendly series, the two teams played three matches in which Pakistan won the series 3-0. The guests were satisfied with the facilities and hospitality in Pakistan. The Malaysian baseball team showed interest in visiting Pakistan again and also invited the Pakistani team to visit Malaysia. This series win was a boost to work even hard to become a more competitive unit on the international circuit. The Pakistani women’s baseball team has shown the talent they have to the whole nation. This series win is a good knock on the doors of government and authorities to take this sport seriously and facilitate the women’s baseball team. This unit can definitely bring more success to Pakistan and help build a soft image of Pakistan internationally.

Enaam Ahmed is a 22 years old British-Pakistan Indy Pro 2000 driver. Enaam became the first-ever Pakistani driver to win a podium position in Indy Pro 2000. Indy Pro 2000 race is the most prestigious car racing American competition. Enaam finished second in the Florida Grand Prix. Enaam expressed his joy and happiness at finishing the race just after the American driver only by a little margin of 6 seconds. The British-Pakistani driver said he will fight for the whole year to win the championship this year.

The podium win of the 22-year-old driver shows Pakistanis carry talent in every sport. The Pakistani government and the ministry of sports in our country should take important steps to encourage racers. If racing tracks of good quality and platforms are provided to Pakistani drivers, the era is not far away when more Pakistani racers will make their way to the international level and make the country proud.

Ban Lifted from Pakistan as a FIFA Member

On Thursday, they held an election at the FIFA Congress in Doha. In the election, Pakistan had a generous majority of 195 in favor against 4 votes. They banned Pakistan as a FIFA member last year. Two groups fought to be in authority of PFF. FIFA has asked for an assurance of the support of fair elections for the body and president of PFF. If they cast the most votes against Pakistan, our football had to face a ban from FIFA, and they would ban Pakistan from competing in any official competitive footballing activity. Football is the most common and popularly played and watched sport in the world. Pakistan has enormous talent in the sport. The talent is being wasted because of a bad football structure and board in the country. Pakistan will receive funds from FIFA to run a proper league in the country. A successful league will eventually give Pakistani football clubs the edge to compete on regional, continental and international levels. Scouts of European clubs can scout Pakistani players in these international tournaments. A good and honest football structure can bring success to football players and football teams on international levels.

Zulqarnain Haider Turi, the young Australian-Pakistani athlete, has won 4 Gold Medal in the Australian Track and Field championship 2022. The young athlete won medals in 100 meters, 200 meters, 300 meters, and 400 relay races. The sprinter completely dominated the sprinting competitions in the championship on his own. Zulqarnain got lots of messages of appreciation from Pakistan. The Ambassador of Pakistan to Australia, Mr. Zahid Hafeez Chaudhry congratulated the talented boy in Sydney. Zulqarnain lives in Sydney and he said that his dream is to compete in the 2024 Olympics.

Pakistan has great potential and talent in all aspects of professional fields. The lack of facilities and sporting infrastructure is pulling them back from the place where they deserve to be. These amazing talents are not giving up and they are promoting Pakistan on their own at the highest levels. An eye of encouragement and facilitation from the ministry of sports can cause the greatest of achievements for the country in all top sporting competitions. 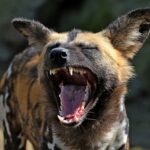 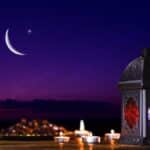