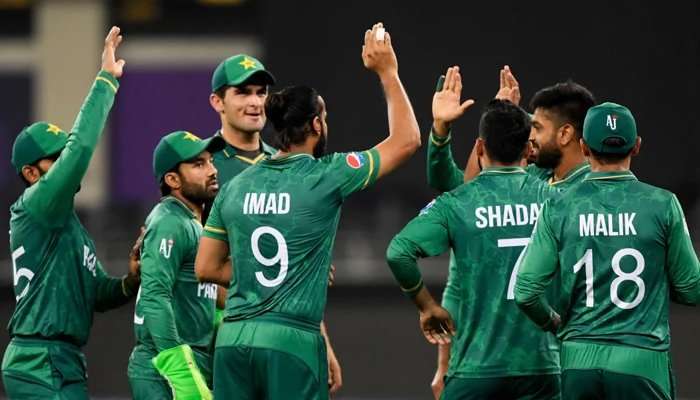 Pakistan seals their place in the semi-finals by bagging another victory against Namibia in the T20 i World Cup played in Abu Dhabi on the 2nd November. This was back-to-back forth victory of Pakistan in the T20i World Cup making the greens remain unbeaten. We are not used to such contentment and happiness towards our cricket team, dil baagh baagh ho gaya hai and Pakistan became the 1st team to officially qualify for the semi-finals, however the actual position and standing will be made clearer at the end of the group stage.

Smashing half-centuries by openers Mohammad Rizwan and Babar Azam, followed by a 16-ball cameo by Mohammad Hafeez helped the 2009 champions to 189 for two in 20 overs after they had elected to bat first at the Zayed International Stadium in a Group-2 fixture. In turn, Namibia managed 144 for 5 with David Wiese using his knowledge about Pakistan bowlers from his Pakistan Super League experience by scoring 43 not out off 31 balls with three fours and two sixes. Imad Wasim, Hasan Ali, Haris Rauf and Shadab Khan picked up a wicket each.

Pakistan became the first team to reach the T20 World Cup semi-finals after beating Namibia by 45 runs, with brilliant half-centuries from Mohammad Rizwan and skipper Babar Azam in Abu Dhabi on Tuesday.#PakvsNAM pic.twitter.com/EUi9Bgru8M

Batting first for the first time in the tournament, Pakistan showed how to construct and develop an innings when they finished their PowerPlay at 29 for no wicket. They then accelerated their scoring rate, scoring 89 runs in the next nine overs to reach 118 for one. In the final five overs, Pakistan displayed their ruthlessness and brutality with the bat, scoring 71 runs, including 24 runs in the final over from JJ Smit in which Rizwan struck a six and four fours.

With this match Pakistan was greeted with another good news. Babar Azam moved up to No 1 in the ICC men’s T20I Batting rankings. Already Babar Azam has secured his No 1 rank in the ODI’s. This is no doubt the picture we want the global world to see, Pakistan moving ahead and forward.

🥇 Babar Azam has moved up to No.1 in the ICC men's T20I batting rankings.#T20WorldCup pic.twitter.com/blipaP07UU 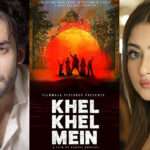 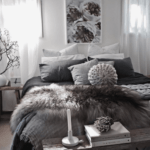