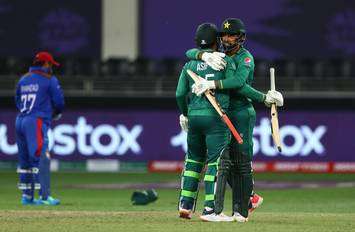 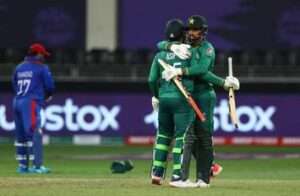 Yet again, the air in Pakistan is full of joy and excitement as we bag our third victory in the T20i World Cup against Afghanistan. “Itni khushi, itni khushi kay ab toh samajh hi nahen arahi kay kerna kia hai!!”. The recent matches played first against India then New Zealand and now Afghanistan were all played under great captaincy and decision making. Our green shirts continue to make us proud on and off the field.

However, let us not deny the fact that this match was undoubtedly a tough one to play. It had all of us biting our nails and kept us glued to the screen for every bowl bowled by either team. Be it batting or bowling Afghanistan, for sure, gave Pakistan a tough time. Under the captaincy of Mohammad Nabi, Afghanistan won the toss and decided to bat first giving Pakistan a target of 148 runs.

A special mention for M. Nabi here, as it is said that the Taliban refused to sponsor the team for the World Cup and M. Nabi along with other senior cricketers sponsored the team to attend the event. So, there are no doubts in their motivation and spirit and with it their fight for the title.

148 runs sounds do-able for a team winning consecutively two matches but this was not the case. Afghanistan’s spinners gave Pakistani batsmen a very tough time. The match got intense when Afghanistan took 5 of Pakistan’s wickets and we had our hopes stuck with Asif Ali and Shadab Khan on the pitch. Soon, things took a drastic turn.

With Pakistan needing 25 runs off the final 2.1 overs, Asif refused to take a single off the last ball off Naveen’s over we all had our hearts in our mouth. But behold Asif had it clear in his head for what he was going to do – hurting a lot sentiments across the world but lifting the spirits of 220 million across! He lifted paceman Karim Janat’s first, third, fifth and sixth delivery over the boundary to help Pakistan overhaul a tricky 148-run target.

Simply the Best @AasifAli2018 Brave call for not taking single of the last ball of the previous over. Backing himself to finish the game #PakistanZindabad 🇵🇰 #Confidence #PakvsAfg #T20WorldCup21 pic.twitter.com/2doXD50rr2

However, we can simply not ignore the game played by Afghanistan. Their cricket has not only improved to the better, but their struggles and hard work can be seen on the pitch for the world to recognise as the upcoming tough team for everyone. “Bohat acha muqabla kia Afghanistan ne warna kuch teams se to hamaare openers bhi out nahin hote :)” as someone quoted on twitter

Today I am forced to say that @rashidkhan_19 has no competition. He is one of the greatest spinners in the world.
Keep it up bro, huge love and support.❤
Fan from Pak.❤#PakvsAfg pic.twitter.com/K2vgQN9uyE

Congratulations Team Pakistan. Impressive cricket by Team Afghanistan. Never have I seen a cricketing nation rise as rapidly as Afghanistan in international cricket & become so competitive. With this competitive spirit & talent the future of cricket is bright in Afghanistan.

Regardless of who won the game, Afghanistan managed to win many hearts with their effort and hard work on the pitch. Not just Pakistan, but every country playing in the World cup can now see Afghanistan as a future threat. Team Neemopani wishes both the team heart-felt congratulations on the game. 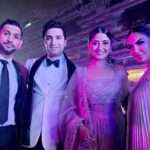 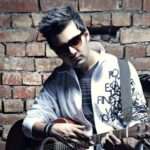