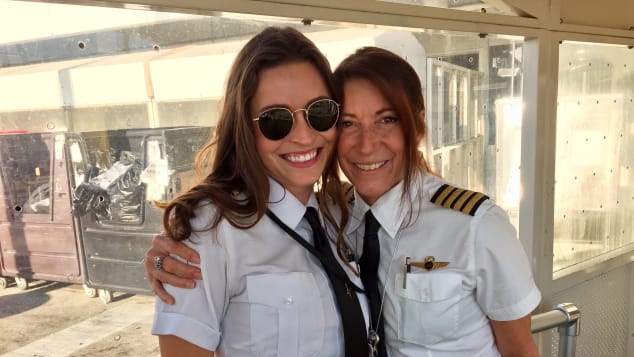 ‘Women in aviation is not a new thing. Earlier, it was not a norm as aviation was just supposed to be for men only.  Women have always defied all the odds, they have touched the skies, going beyond them into space now. The mother-daughter  duo from Los Angeles serves as an inspiration and motivation that namumkin ko  mumkin banaya ja sakta hai.

Women hold up half the sky-Mao Zedong

Men are supposed to steer the vehicle and are known to be made for their strength to handle the giant machines. Women are thought to be delicate and cannot handle the giant mechanical stuff. Less do they know that this is just a myth. If we take history into account we can see examples of countless women who have stood strong against the tides of these stereotypical notions.

According to International Air Transportation Association, only three percent of women are in the aviation industry. It is the only industry that has the highest gender imbalance. They have a lot of challenges to overcome.

The mother-daughter duo from Los Angeles has caught the attention of the world. They have a story to tell the future generations that ‘Nothing is impossible.’ It is your will and determination that take you to the path of success.

Suzy Garrett had always loved flying when she was a young kid. Not all dreams of childhood come true. Yet Suzy made sure that they come true. She pursued her dreams by getting enrolled at an aviation school in 1984. She started working in SkyWest in 1989. Her husband was also a captain in the airline. It might have been easy and seen as support if your spouse is working in the same industry. Back in those days, female pilots were only in the military. She did not fit the military description, but she did not get dishearted.

Usually, when your parents are in the same industry, you also aspire to work there. Initially, Donna Garrett did not like it as she thought that her parent’s job was boring. She started exploring which made her realize the freedom it carried to go around the world while enjoying the flight. She got inspired and decided to take up flying as her parents did.

To celebrate her 30 years at Sky West, Suzy flew with her daughter Donna making the first-ever mother-daughter pilot duo. This was a milestone achieved and a celebration for those women who had to face tough circumstances in their journey.

Pakistan is also trying to utilize its female population in different areas. It’s a welcoming sign that more and more women are coming forward to take on responsibilities and challenges.  Female pilots in Pakistan are usually in the air force. Commercial pilots have yet to make a mark. Shukria Khanum was the first female commercial pilot in 1959. Ayesha Rabia was Pakistan’s first woman airline captain. She was also the only woman in PIA to achieve the coveted Captain’s rating on the Fokker F27. Maryam Mujtaba became AJK’s first female pilot as the first officer for the national flag carrier PIA.

We hope to see more women in all the fields strengthening their country’s economies across the world.

“Empowering women is key to building a future we want.”

Amna Aapi nominated for the international women of courage award 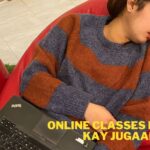 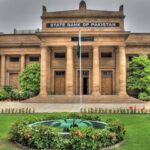