It all starts with an outbreak….. Covid was also reported as an outbreak that turned into a pandemic in no time. Now we are hearing news about the emergence of a new outbreak of a different kind of disease i.e., Monkeypox. Although, it is not as alarming as covid because its spread can be controlled. More than 100 cases have been so far reported in many countries including France, Italy, Spain, Belgium, the United States, Sweden, Netherlands, Germany, Canada, the United Kingdom, and Australia. Monkeypox outbreak – not again!!!

As the name suggests, Monkeypox disease spread through the monkeypox virus. It was first discovered in 1958. The disease was discovered in monkeys that were being used for research. However, it no longer originates from monkeys, it is said that squirrels, small rodents, mice etc. could also be the cause of the spread.

Monkeypox is not a new disease but it is alien to countries outside Africa. In 11 African states, monkeypox cases have been reported since 1970. The longest and largest outbreak has been reported in Nigeria since 2017. According to World Health Organization, 46 suspected cases were reported out of which 15 have been confirmed.

Recently, new cases have been reported in many parts of the world. WHO called an emergency meeting to discuss the outbreak. Scientists have observed that it is very unlikely for the outbreak to evolve into a pandemic because its spread is not easy and quick as the SARS-COV-2. The meeting entailed a discussion on whether to declare it an international emergency.

Fabian Leendertz, from the institute Robert Koch said “However, it is very unlikely that this epidemic will last long. The cases can be well isolated via contact tracing and there are also drugs and effective vaccines that can be used if necessary.”

The symptoms of monkeypox include flu and fever followed by distinctive body rashes that develop within a few days of contracting the disease. There is no vaccine for monkeypox. The ones in use are 85 percent effective against the monkeypox.

How can you contract Monkeypox?

Touching the body, blood, fur, or getting bit by an infected animal. Also, touching the clothes, towels, or skin of the infected person. You can also contract the disease if you get too close to the sneezes and coughs of a person suffering from monkeypox. The monkeypox cases are generally mild and can be cured with in weeks. The fatality rate depends on the type and severity of the disease. The type of monkeypox found in African clads has 3.6% fatality rate.

Although it is reported just as an outbreak and not declared as state of emergency, it is still better to take precautions before it turns into a pandemic. 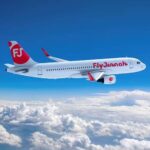