Egyptian Footballer Mohamed Salah has been very much famous and in the news for all the right reasons. He was nominated by the Football Writers’ Association for the Footballer of the Year Award. The award was announced on 29th April and he received the award in a ceremony later on.

He started his career in 2010. He has so far played for the following teams and clubs:

He has received a lot of awards some of them are:

Footballer of the Year Award

He is currently busy with his schedule with Liverpool as a forward. The British press praised his presence at the ceremony to receive the Football Writers’ Association Footballer of the Year Award and appreciated his commitment. This is the second time he is receiving this award. He flew on a private plane to attend the ceremony. His coach Jurgen Klopp congratulated him via video message. He left immediately after the event.

He got a 48% vote which was more than the Manchester City midfielder Kevin De Bruyne and West Ham United’s Declan Rice to qualify. He has bagged 22 goals for Liverpool. Other than him, legendary Footballer Manchester United’s Cristiano Ronaldo is the one to receive this award twice.

Carrie Brown, FWA chair said: “Both Mo and Sam have been outstanding this season, breaking records for both club and country. As well as their performances on the pitch, they are leaders and standard-bearers of excellence at their clubs and respective leagues. The fact they have won by such convincing margins underlines just how impressive they have been this season which has been recognized by our members.”

He is also on his way to receiving his third Premier League Golden Boot award. Only Arsenal Legend Thierry Henry has the honor to receive over four awards. He made history by scoring 20 goals for his league in three different campaigns. He is also the key player in Liverpool’s bid to claim an unprecedented Quadruple. They have already won Carabao Cup and will face Chelsea in the FA Cup final and are working for the Premier League title and Champions League. 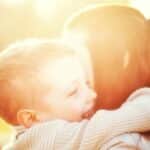 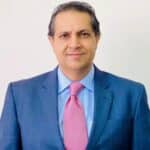