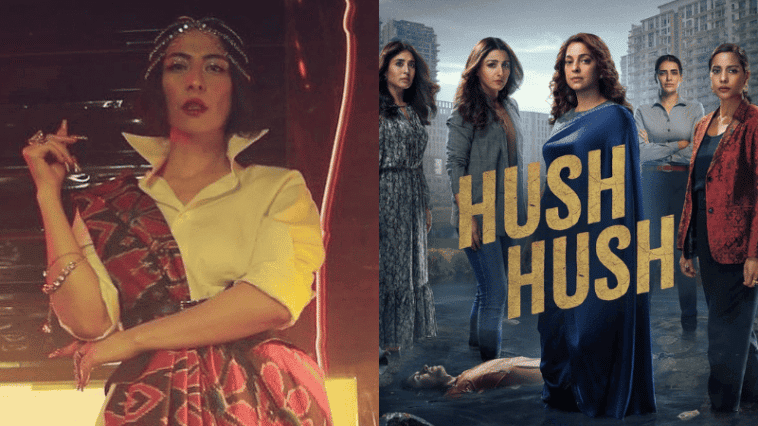 Meesha Shafi, the queen of pop music, has proved her musical talent several times with hit tracks. Her songs in CokeStudio have always been at the top of the playlist for everyone. The star is now all set to make her fan proud as she lent her voice to Amazon Prime’s new series Hush Hush. Hush Hush centres on four friends who fall down a rabbit hole of secrets, deception, and danger after a perilous encounter at a party. As their worlds turn upside down, the secrets they hold help them to stick together and survive. Meanwhile, a smart cop is pursuing.

On Saturday, the song with the title ‘Mere Mahru’ was posted to YouTube. The song is composed by Dipanjan Guha. The lyrics are written by Sameer Rahat. In a Sunday Instagram post, director Tanuja Chandra noted that Meesha Shafi’s “beautiful voice” was used for the singing. Chandra called the track the “beating heart” of the series and expressed her joy at having it featured in the show.

The song opens to Juhi Chawla’s appearance as she is shown to be working out followed by the synopsis of the series. The video shows all the trial and turbulences faced by the stars.

Pakistani singers have always been able to gain praise for their magical voice globally and have always been making the nation proud. It is not new that the Pakistani singers have lent their voices across border. However, with increasing political tensions, the cross border collaborations had halted. It is very warming to see that the two nations have put aside their differences for the sake of providing good music to their fans. 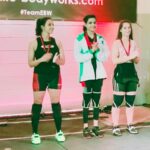