Every country and every individual around the world advocates freedom and considers it as their inherent right. Does that make them a criminal? Then why are the Kashmiris made to suffer just because they want their land to be free of external control? Is their wish to live peacefully without the bloodshed of their loved ones too much? Why the injustice prevails and there is no one to stop it? Aren’t we the silent criminals who are just witnessing all this and still doing nothing?

Here is a thing, we can be enormous on human rights, can portray ourselves as guarantors of freedom and peace, or advocate peace, prosperity, and humanity but if we can’t put this all to action, especially in times and places where it is most needed then what’s the point of making all these statements? In Kashmir, the Indian atrocities are taking new turns every day. In a recent turn of events, the Kashmiri leader Yasin Malik was sentenced to life in prison for guilty of advocating freedom.

A prominent figure of All Parties Hurriyat Conference and Chief of the Jammu Kashmir Liberation Front hails from Srinagar. He has been a beacon of hope for the Kashmiris. Although initially he pursued the path of violence to defend the Kashmiri territory but later on in the 1990s, he abandoned this path and adopted peaceful means to advocate Kashmir’s freedom. It appears like he already knew, violence or peace, India would murder every voice raised to favor Kashmir. But Yasin Malik continued to fight for independence and self-determination and will continue to do so.

Yasin Malik served time in jail back in 1999 and 2002. He was again taken into custody in 2019, just months before India abrogated Article 370. Since then, he is detained over the charges of ‘terrorism funding’ and other charges. Kashmiri leader Yasin Malik was sentenced to life in prison.

Recently, a special Indian court passed a judgment against Yasin Malik because of charges brought by the National Investigation Agency (NIA), the top Indian entity for anti-terrorism investigation. Yasin Malik was accused of 10 charges, which he pleaded guilty to (according to the court) because he did not ask for a trial. He raised several questions over the accusations which the court failed to answer. Malik said: “If seeking Azadi [freedom] is a crime, then I am ready to accept this crime and its consequences.”

Yet again, India foiled all the attempts at peace between the Kashmiris and the Indian government. Protests followed the verdict in some areas of Srinagar. The Indian forces fired tear gas at the protestors to neutralize them.

Yasin Malik’s wife said “Verdict in minutes by an Indian kangaroo court,” she wrote on Twitter. “The iconic leader will never surrender.”

My message to the world: You cannot achieve world peace without peace in Kashmir.#ReleaseYasinMalik pic.twitter.com/WIotOU77uA

“Our group was negotiating with the Indian government for the solution of the Kashmir issue. But today, India has compelled Kashmiris to again take up arms against it,” said Khawaja Saif Din, the Vice Chairman of JKLF.

Many took to Twitter to condemn the proceedings of the court.

Pakistan strongly condemns life sentence awarded to Yasin Malik on fabricated charges. Such oppressive tactics cannot dampen the spirit of people of Kashmir in their just struggle against illegal Indian occupation. We stand with them in quest for self-determination as per UNSCRs

India's continued attempts to silence critical voices against its blatant human right abuses are futile. Fabricated charges against #YasinMalik will not put a hold to #Kashmir's struggle to freedom. Urging the #UN to take notice of unfair & illegal trails against Kashmir leaders. pic.twitter.com/EEJV5jyzmN

People bash violent resolution of conflict and label the ones seeking peaceful conflict resolution as ‘criminal’, ‘terrorist’, and whatnot. Kindly enlighten the ones struggling, shedding tears and blood just to get freedom. How to end this cycle of violence? The world needs to see, hear and raise its voice against Indian atrocities, otherwise there would be no peace left on Earth. 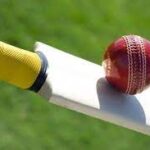