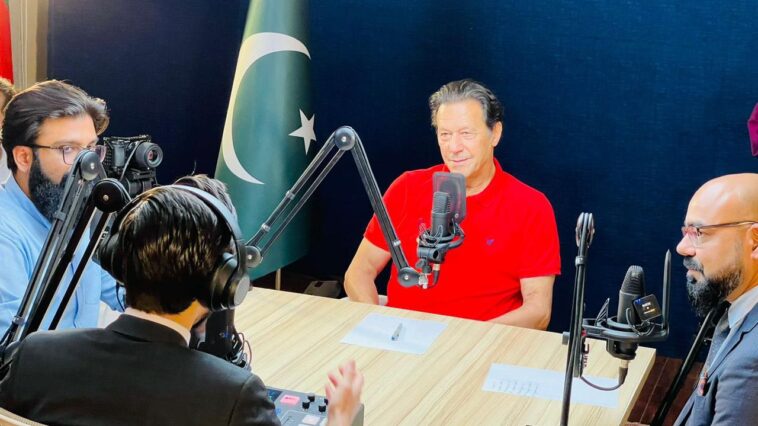 After the ouster of the ex-Prime Minister of Pakistan Imran Khan, the use of social media to expand the outreach has become common these days. Although politicians around the world have always used social media to garner the support of the masses, it’s the first time in Pakistan that such campaigns got so much hype. Just the right time, right use, and right platform can carry your message around the world like a wildfire and we can apparently see that in Imran Khan’s case. Besides, Imran Khan has always been big on empowering the youth of the country. Blending the traditional campaigns with modern tech is all that is required to spread the word. An example of this is Imran Khan’s first-ever podcast with Junaid Akram.

Imran Khan – One Of The Most Followed Pakistani Politicians On Facebook

The famous YouTuber, stand-up comedian, podcaster, social worker, aspiring actor, and whatnot Junaid Akram is a full entertainment package. This person has lived through all the phases of struggle whether early career, financial crisis or content restrictions in Pakistan. But this man kept on moving forward and created his own space in the world of influencers. His journey from starting a stand-up comedy show Khalli Karao which became popular internationally to podcasting the ex-Prime Minister Imran Khan’s interview, says it all. The 38-year-old has approximately 700K YouTube followers.

This famous Pakistani YouTuber a.k.a Ganji Swag has been very critical of the ex-Prime Minister Imran Khan’s policies. Leaving Junaid Akram and Imran Khan in a room to discuss the current situation, what do you think the outcome would have been? Kiya Junaid Akram nay in sei bhi nikalwaya hoga tax? Ya manga hoga baal barhanay ka totka? Zaroorat tou nahien hai but still…

Imran Khan’s first-ever podcast with the Pakistani YouTuber is a part of connecting to people. Imran Khan has been actively using social media to gather the support of the people who believe in an independent Pakistan. This goes along with Imran Khan’s this month’s plans i.e. to organize rallies and mobilize people against unlawful and illegitimate conduct. It appears that he won’t rest till the last standing Pakistani rallies in support of his cause. But what he didn’t know was that not only the Pakistanis but the people around the world are also standing in his support. Why do you think Elon Musk bought Twitter? No, not for Imran Khan… he had his reasons.

An interview with someone like Junaid Akram who has been a harsh critic of Imran Khan’s policies shows that the politician has nothing to fear. He has no loose ends which could land him in danger. This is what he wants, people need to talk about real issues with Imran Khan so that he can resolve them instead of seeking help from bahir walay rishtedaar.

During the podcast interview, Imran Khan talked about the reason why he was ousted. He said ‘ I always opted for an independent foreign policy and by independent, I never meant an anti-American policy.’ He further added that he doesn’t oppose any country he just raises concerns over the hard-line policies they adopt against a certain group of people.

Chairman Imran Khan replies to a question related to foreign policy: “I always believed my country is strong, independent and that will never bow. Yes, this was my foreign policy.”-@ImranKhanPTI #PodcastWithIK #امپورٹڈ__حکومت__نامنظور pic.twitter.com/V3wrJtPLs4

When asked about how you feel about all that has happened to you? Imran Khan said ‘It’s a mixed feeling. I have been in sports and I know that we have to face the highs and lows of life. I have been trained accordingly.’ He also added that besides Quaid-e-Azam no other politician has stayed in opposition for so long.

Speculations regarding the Army Chief were also addressed. Imran Khan said ‘I wanted him to continue serving as the director-general of the Inter-Services Intelligence (ISI) during the difficult winter season when the fallout of the Afghan infighting was imminent.’ He added ‘You don’t replace an intelligence chief during difficult circumstances.’

Huge at many levels. Imran Khan says he knew in July 2021 his govt is in danger and didn’t want Pakistan Army to post the then ISI chief General Faiz to Peshawar. Where’s US regime change conspiracy in that? pic.twitter.com/iFsmfjWE36

Last but not the least, Imran Khan showed the nation two paths that they need to choose between. When asked about what is the future of Pakistan? Imran Khan said “There are two paths in front of the nation. One is the path to enslavement, the one that looks really tempting and promising but in fact, is a path to destruction. The other one is the path to independence, although difficult as it may seem but is going to earn them the self-respect and self-determination”

Q: How do you see Pakistan in the future?
Chairman PTI @ImranKhanPTI’s shares his views on what are the roads and difficulties ahead for Pakistan. #PodcastWithIK #امپورٹڈ__حکومت__نامنظور pic.twitter.com/eAzLwf6qys

These are some highlights of the podcast interview with Imran Khan. Do let us know your thoughts on the current situation. 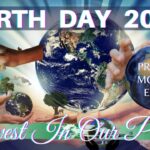 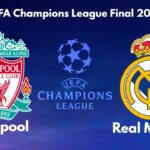