After months of back and forth, lawsuits, and the near miss of a full blown trial, Elon Musk now owns Twitter. On Thursday night, Mr. Musk closed his $44 billion deal to buy the social media service. He also began cleaning house, with at least four top Twitter executives, including the chief executive and chief financial officer getting fired on Thursday. Mr. Musk had arrived at Twitter’s San Francisco headquarters on Wednesday and met with engineers and executives.

He tweeted on friday.

the bird is freed

The closing of the deal, which followed months of drama and legal challenges as Mr. Musk changed his mind about buying the company, sets Twitter on an uncertain course. Mr. Musk, a self-described “free speech absolutist,” has said that he wants to make the social media platform a more freewheeling place for all types of commentary. Earlier this week, Mr. Musk said that he doesn’t want the platform to become an echo chamber for hate and division. “Twitter obviously cannot become a free-for-all hell-scape, where anything can be said with no consequences!” he tweeted.

The takeover has started discussion among Twitter users over what the platform will look like under Mr. Musk’s ownership. There are fears that more lenient free speech policies would mean people banned for hate speech or disinformation may be invited back to the platform. In response to Mr. Musk’s missive, Thierry Breton the EU commissioner for the internal market tweeted, “In Europe, the bird will fly by our EU rules” suggesting regulators will take a tough stance against any relaxation of Twitter’s policies.

The takeover means Twitter is becoming a private company. Trading of its shares was suspended on Friday, and they will be pulled from the New York Stock Exchange next month. 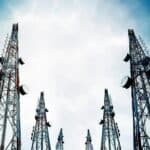 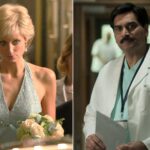