First time in history, researchers have made a major breakthrough. Scientists are working around the clock to cure the disease that consumes the life of millions in the world. Cancer is one of the leading causes of most deaths. There are many cancer treatments that cure, shrink, or prevent cancer from progressing such as chemotherapy, targeted therapy, immunotherapy, radiation therapy, etc. However, the researchers are still looking for an effective treatment that can overcome the mortality rate of cancer. In a shocking turn of events, cancer vanished in the patients during the clinical trial.

Scientists Inject A Human With A Cancer-Killing Virus

Private cancer treatment and research institute Memorial Sloan Kettering Cancer Center is one of the largest and oldest private entities in the world. Recently, the MSKCC revealed that their small clinical trial has shown unprecedented results. More than 10 rectal cancer patients were injected with the immunotherapy drug dostarlimab for six months.

You won’t believe, that all the recent test reports of the patients showed no sign of the tumor. As if, it just………. disappeared. This has never happened before in the history of cancer treatment.

The happiness it brought to the patients who were not so hopeful and were preparing themselves for further excruciating treatments, is unexplainable. According to Dr. David Agus “This new treatment is a type of immunotherapy, a treatment that blocks the ‘don’t eat me’ signal on cancer cells enabling the immune system to eliminate them.”

He further explained “The treatment targets a subtype of rectal cancer that has the DNA repair system not working. When this system isn’t working there are more errors in proteins and the immune system recognizes these and kills the cancer cells.”

It is said that the patients were not subjected to any further treatments as no cancer was detected during the follow-ups. The patients have been cancer-free for 25 months since the trial ended. 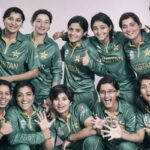