Katie Holmes shares one of her pandemic pastimes with the world in her new feature film “Alone Together,” as writer, director and star of the movie. The film, which was shot as the first COVID-19 vaccines were released, centers around two strangers who end up spending a week together in an upstate New York rental home after it was double booked. The pair start as frenemies, but quickly bond.

The minor key romance “Alone Together” is a modest affair, which credibly depicts the kinds of conversations about relationships that many people were confronted with during the early days of the pandemic. Its simplicity and lack of cinematic fancy strikes a tone of surprising relief.

“It feels very satisfying. It’s my second film that I directed and I feel like I learn every single time. And with this, I have a special sense of pride because it’s all of our film and there was so much collaboration,” said Holmes.

Both characters are initially annoyed to encounter each other. But finding themselves together during a period of global isolation provides a reason to connect. Attraction develops quickly, and the characters fall in love as they discuss how the pandemic has changed their life plans.

“I was curious and a little apprehensive. I’m not going to lie. And then it just became the way I wished it always was on set. You have all the people that are most important on set in one person,” he explained.

The movie’s strongest appeal is in the resonance between what the characters experience and what the world looks like now. Alone Together is playing in the theatres worldwide and seem like worth a watch. 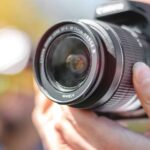 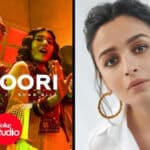