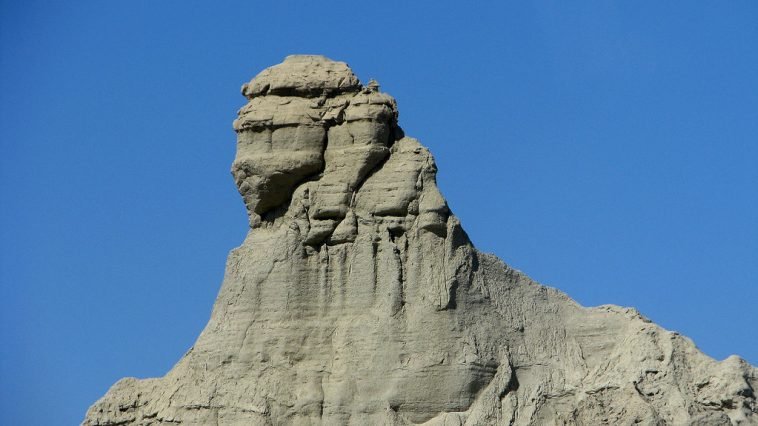 In 2004, the Makran Coastal Highway in Balochistan was opened, which paved a new national landmark site for tourists. The Hingol National park stretches to 240 km and is commonly known as the Balochistan Sphinx or Lion of Balochistan. What is interesting is that according to the oxford dictionary, Sphinx is anything that has the head of a woman and the body of a lion. Sounds conspicuous, right?

Well, you get to see it in Balochistan. The Lion of Balochistan is found in the said area, and people perceive it all differently and in their own ways. Some people claim that it has a head of a cat, falcon, sheep, and the body of a lion. This is also the reason for the name of the park.

The Sphinx of Balochistan or the locals call it, The Lion of Balochistan, stands atop a temple with carvings of its own. Over the last century, archeologists have tried their best to date the accurate history, but the mystery continues.

This Sphinx attracts many tourists all year, and all of them are left with awe and questions in their minds. Who is responsible for the Sphinx? There are two possible answers to this.

The former seems like a more plausible theory, and the author of the book, The Myth of Man, J.P Robinson, claims it to be true. According to J.P Robinson, some civilizations existed before recorded history, which seems to have disappeared both from human memory and view. According to him, carving tools (technically) have been in use for a long time so the people admit that the Sphinx was actually carved with the help of those tools. 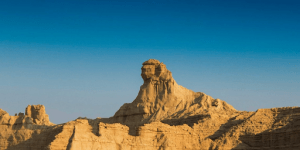 He also claims that the Sphinx in Pakistan is older than the Sphinx of Egypt in Giza. If this is indeed true, then it seems that there is so much more about our history that we do not yet know.

The latter theory that it was carved by the natural formation of wind and rain does not seem very likely. Still, it has a lot of proof to support the statement. There is an actual hypothesis called the ‘Sphinx water erosion hypothesis’ that kind of justifies it all.

According to the theory, between the 4th and 3rd Millennium BC, the area saw some heavy rainfalls, which helped form the Sphinx. It also states that the winds strengthened the sculptures, and the downpours have made it look a lot older than it actually is.

Another theory credits the Lion of Balochistan and the Sphinx in Giza are somehow connected. Both these mysteries are yet to be studied to better understand their concepts. Still, in any case, this heritage site looks fascinating.

We have added it to our list of places we would like to visit one day. Have you? Let us know what you in the comments below!

If you want to read more about the culture of Balochistan, read https://neemopani.com/sinf-e-ahaan-first-episode-review/ 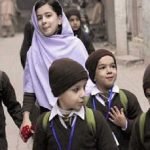 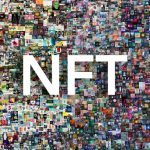