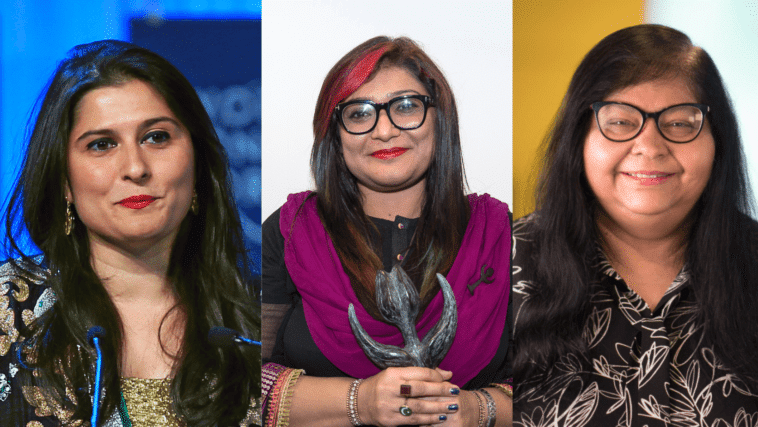 International Women’s day is just around the corner. We sat down and thought about the contribution of women, and in all of this research we were left astonished. Women are indeed a blessing. The number of times and platforms on which women have made Pakistan proud are infinite. However, we thought to pay homage to some of the women who conquer mountains every day. Therefore, we present the 21 women who have made Pakistan proud!

The diplomatic Ambassador Ghazala Khan is leading a life that is a source of inspiration for all the women out there. For almost 20 years, Ghazala Khan is working to make Pakistan proud at home and abroad. Her story shows what a successful career looks like.

She holds the title of being the first Pakistani woman to have documented Regulatory Policy for Maternal Care in Crisis, women empowerment, health system, and education in 2021.

Muniba Mazari is showing the world that nothing is impossible and whatever constraints you are met with you can move forward if you have the will. She is a Pakistani motivational speaker, singer, artist, anchor, and activist. She is also the first Pakistani differently-abled woman to have worked as an anchor and model. Her life story shows us even if life seems unfair, and you think a certain tragedy might consume you even then you should move forward and keep conquering the world with your strength.

Another woman who proudly makes it to the list of inspirational women of Pakistan is Fiza Farhan. Fiza’s life story shows that women can also make their mark in diverse fields. She is also a development expert analyst and an activist. Moreover, she is also the co-founder of the Buksh Foundation which works for the development of rural communities. She also launched Pakistan’s first energy service company ESCO. She is also known to have initiated 10MW Solar Independent Power Plant. Fiza Farhan works speak of her hard work.

Architecture is something where mostly women are underrepresented however, Yasmeen Lari has made a place for her in the field of architecture. Yasmeen Lari is the first female architect of Pakistan. Yasmeen Lari’s story shows that women are strong and can beat anyone even if it’s the field that is dominated by men. You just need to have a vision and courage and you are good to go. Yasmeen Lari is known to have built famous buildings like Pakistan State Oil House, Taj Mahal Hotel, and Finance and Trade Centre.

Sania Saeed for all the new and young actresses in the industry. She has been a part of the Pakistan entertainment industry for ages. Her acting skills surely leave an impact. Sania Saeed’s life story is a true inspiration for people who want to accomplish something without changing themselves. She has shown the world that you don’t have to fit into a certain mold to achieve something. You can do it without having to change. With the right set of skills, you can do everything. She has made it to the to actresses of the Pakistan entertainment industry through her amazing acting skills. Even today she is inspiring everyone with her acting in the drama ‘Sang-e-Mah.’

A woman of excellence Dr. Akhtar Shamshad is the source of encouragement for everyone. She is the pride of the nation. Dr. Shamshad is known to be an intellectual, diplomat, and development economist. Her life story shows that no matter what your age you should keep making yourself and the country proud. She served as Pakistan’s 14th Governor of State Bank. She also served as the Economic and Social Affairs Secretary-General in the UN. She has served in the United Nations by being a part of different committees. She also holds the title of being the first women chairperson of Pakistan Stock Exchange Limited Board of Directors.

There was a time when IT was a field where men took the lead. However, Jehan Ara has shown the world that women can make new waves in the field of information technology. Jehan Ara’s life story teaches us that whatever work you do if you do it with passion then surely it will take you to new heights. Jehan Ara is an entrepreneur, communicator, and activist. For the past 30 years, she has been working in media, marketing, and communications in Pakistan, UAE, and Hong Kong.

Malala is a children’s rights activist known throughout the world for her courage and her bravery. Being a victim of a terrorist attack, this young girl has done everything she could to show the world the strong blood that she has. She is both vigilant and is actively working for the rights of education for young girls throughout the world. She is also a Nobel Peace Prize winner. Malala continues to inspire and leave us in awe every day.

Sharmeen Obaid Chinoy is yet another inspiring woman of Pakistan who has made us proud on the international front many times. She is a filmmaker, and while her films are appreciated and viewed on all international screenings, this amazing woman made us proud by winning the Oscars awards – not once but twice.

Nergis is a Pakistani-American astrophysicist, who is a professor at MIT institute and has also been awarded the McArthur’s genius award for her excellent work. She is best known for her work in finding the gravitational waves in Laser Interferometer Gravitational-Wave Observatory (LIGO) project. Her contribution to the field of astrophysics is vast and she is nothing short of pride for Pakistan.

Naseem Hameed is yet another woman of Pakistan of whom we are super proud. She was crowned as the fastest woman in South Asia in the SAF Games in 2010 and has been working ever since to chase after her dreams and make Pakistan proud. To be a field athlete and a sportswoman in Pakistan is not an easy task, but to be able to improve one’s form and win all the races is something that only this brave woman can teach us. We are super proud of her.

Maria Umar is the founder and the president of the Women’s Digital League, which is an online platform that provides digital training and work opportunities for women who cannot go out and work. Maria Umar understood that the women of Pakistan are very talented, and just lack the proper opportunities. Thus she started this program to make sure that no woman is left behind.

Salima Hashmi is not only an artist but also a writer, actor, curator, and human rights activist. She is a super talented woman whose talent knows no bounds. Throughout the world, she is known for her amazing art. Salima Hashmi saw the injustice that was done to human beings, how they were robbed of their basic rights, and it was for this reason that she stood up for their rights.

Bilquis Edhi is the wife of the late Abdul Sattar Edhi. The name itself does not need any introduction because the world knows of the family who has dedicated their entire life to the service of human beings. After the death of Edhi Sahib, Bilquis Edhi took charge and is now serving human beings all around Pakistan. The courage and the bravery this woman has shown all her life is something that has to be appreciated, and we hope that other women too can learn a thing or two from her.

Karishma Ali is a Pakistani footballer and the only girl from Chitral, who has made her country proud on both the national and international fronts. Girls in Pakistan do not really play a lot of football because of the lack of opportunities. But Karishma Ali did not let this stop her, and instead achieved what no other Pakistani girl has been able to.

Sidra Iqbal is yet another woman of Pakistan who is doing the best that she can to make sure that the world knows what a great nation Pakistan is. She is a journalist, a development activist, a corporate trainer, an entrepreneur, and a media person. She does try her best that Pakistan develops into a developed nation.

Maleeha Lodhi is Pakistan’s permanent representative to United Nations, and has served twice as Pakistan’s ambassador to the US )1994-1997 and 1999-2002). To be a woman and still hold the position of being a representative to the United Nations is a task that is not easy and can’t be taken lightly, and we are super proud of this woman for being able to make Pakistan proud on this front.

Maria Toorpakai Wazir is a professional Pakistani squash player. She is not just a squash player but a true pioneer of female sports in Pakistan. She has made Pakistan proud on many fronts and has dedicated her life to her passion. She is a woman of passion and we want to thank her for all her contributions.

Nigar Nazar is yet another Pakistani woman who is super talented. She is Pakistan’s first cartoonist. Her cartoon character Gogi is itself an inspiration because she tries to fight the social norms and patriarchy that are very prevalent in our society. No amount of praise can ever be enough for this woman. We thank her for her absolute dedication and for making the nation proud.

Nighat Dad is a lawyer and a human rights activist who is known for being active on social media. She never fails to raise her voice for the victims and we are thankful for a woman like her – who is brave and is an inspiration. May she continues to be a superhero to us all!

This concludes our list of the woman who has made Pakistan proud on many levels and continue to do so every day. It is because of their bravery and courage that young girls today can be inspired to follow in their footsteps and make us all proud. Hum Tahay Dil Sei In Sab Kay Shukar Guzar Hain.

Which Pakistani Female Cricketer Are You? 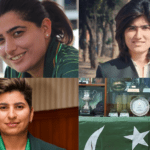