Where people are going to the moon, Mars is being explored and high-tech cars are being introduced there, a new innovation has surfaced in the market. Even NASA can’t beat this innovation. This innovation trust us beats the unbeatable. Any guesses?? You can’t because aisa sochnay kay liye bhi bohat innovative honay ki zaroorat hai. This innovation is ……. the new Suzuki Bolan wo bhi AC kay sath. Isn’t it great news? Like wow!!!! Is par tau dair aye durust aye bhi sahi nahien beth raha. However, it is still a… how should we put it……. maybe happy news… kyun kay ab vans mai bhi chalay ga ac only if your van wala has Suzuki Bolan.

Suzuki is known to produce one of the best-selling vehicles. The company earlier announced a halt on the production of Ravi and Suzuki Bolan. The company is known to be producing Suzuki Bolan for over 40 years with slight to no innovations.  The million-dollar question arises here why now? What made them take such a radical step? And why now? What made them join the league? However, even after the announcement, the company relaunched Suzuki Bolan with AC. This is not the first time Suzuki Bolan is being introduced with an AC but Pak-Suzuki did not continue to manufacture these models.

Another memer got so shocked that he lost count of time and started asking weird questions.

Some people were totally blown away by this news.

Whether this development is big enough or not, surely it will be useful in summers for the people who still drive Suzuki Bolan. Han agar yeh fail na hojaye apnay baaki models ki tarhan. Rest assured your summers will be bearable now.

Locally Made Robot In Karachi 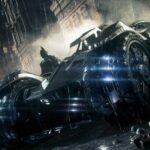