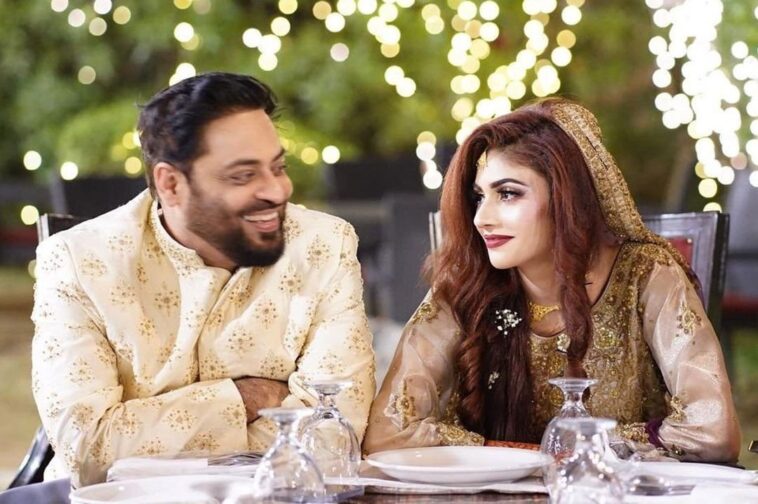 When we are kids, we often set absurd ideas that we want to achieve. Some of us want to be superman or batman, or those sidekicks tailing their favorite superheroes in hopes of saving the world. Then, life hits us with adulthood and we realize the real monsters are actually the rising petrol prices and finding a job after graduation.

However, clearly, life doesn’t hit some people hard enough. One can only imagine the kind of people who had strange childhood goals, and the startling part? They actually end up achieving those goals. Similar was the case of Amir Liqat’s third wife, Syeda Dania Shah, the girl who had idealized marrying Amir Liaqat since childhood. It really makes us question what kind of childhoods some of you were having. Like seriously, girl?

I mean Amir Liaqat is surely one of the most attractive people on this entire planet. And what is not to like about this hunk of a man who draws out his tongue in the most charming manner or dances like the most flexible naagan there is on the face of this unfortunate earth?

And if that is not enough to make a girl fall in love with him, who could forget our Aamir Bhai’s trying to grope poor Tahir Shah, the man whose only crime was to sing a cringe-worthy song. Come on Aamir Bhai, that man didn’t deserve that.

Apparently, none of that was enough to keep Dania away, who was clearly losing her mind over every dance Aamir Bhai shamelessly showed on the stage.

Aamir Liaqat is a true catch if you think about it. His humor is abnormally off the charts, and he is truly one of the best drama queens Pakistan has to offer. Did you know that Aamir Bhai also carries a bit of rebel in his heart? He once joined the famous MQM and although it ended with him getting dragged to jail and all of his buddies ditching him at the last minute, it was still enough to make a girl fall hopelessly in love with him. And don’t even talk about being a religious man. Aamir Bhai will do such programs that you will have your head shaking in agreement with everything that he says! That is right until you watch him behind the scenes. Then, bohat nazuk surat e haal hai!

We got the amazing news earlier this February when Aamir Bhai tweeted that he had tied the knot with Dania, who is 18 years old. Considering the raw talent of meme-making in Pakistan, the netizens are surely taking this affair to a whole new level! I mean look at some of the priceless memes. Due to the fact that Aamir’s previous wife just filed for divorce, these netizens aren’t stopping anytime soon.

Did he actually give his NEW wife his EX-wife’s jacket?!?!? 😭😭 I cannot I – pic.twitter.com/cZT80gdKgj

We will be back with more fun stuff. Stay tuned. 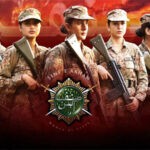