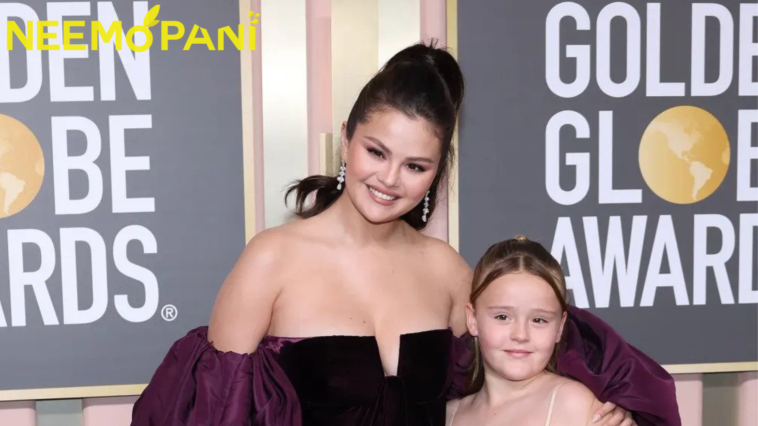 The Calm Down singer walked the red carpet in a velvet-column Valentino gown with bold, billowy statement sleeves and an angular cut high-slit along with a long train.

Selena Gomez, 30, showed up at the Beverly Hills Hotel after being nominated for best performance by an actress in a television series, comedy or musical for her role of Mabel Mora in the Hulu series, Only Murders in the Building.

After the award’s show, Selena Gomez took to Instagram Live to laugh off some negative comments regarding her appearance at the event and a recorded excerpt from Gomez’s Instagram Live was reposted to popnewsdaily’s TikTok account 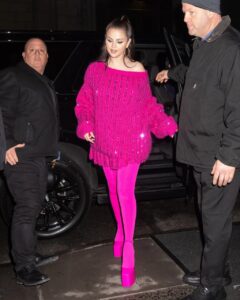 She accessorized the gown, which had a thigh-high split, with diamond drop earrings from De Beers and slicked her tresses back into a high ponytail.

This isn’t the first time Gomez has called out trolls for commenting on her appearance.

Back in April 2022, the “Wizards of Waverly Place” alum slammed body-shamers on TikTok, saying being “skinny” wasn’t worth missing out on her favorite foods because “people bitch about [her weight] anyway.”

Unfortunately, after the appearance, she faced some pretty awful comments about her body online. But rather than hitting back, Selena kept it classy with her response.

“Bitch, I am perfect the way I am,” she quipped.

Additionally, the “Lose You to Love Me” songstress has been candid about her tumultuous relationship with social media through the years, even deleting the apps from her phone in 2019 because negative comments left her “depressed.”

However, she’s since re-downloaded the apps, as evidenced by her recent flurry of activity on Instagram and TikTok.

People need to understand that body shaming is not normal. Obesity is considered an illness now and people need to realize that shaming people for their illness is not at all okay. 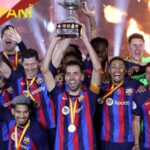 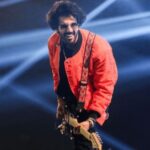