No one is to be blamed for the current situation in Pakistan but us. We are fighting to free Pakistan of evil by committing evil. Resorting to violence, burning down places, blocking roads, suspending mobile and internet service, illegitimate use of violence against civilians, disrupting the everyday life of an average person, destroying nature, and whatnot. These past few days have made us ponder on the very fact all this is to secure the future of the country and its people. Will there be any future to protect, if you cannot protect the country at present? Protests are people’s rights and peaceful protests are the essence of democracy, peace, justice, and morality. Whereas, violent protests or the use of violence to disrupt peaceful protests push the country into chaos.

Take a minute and just think, what are we protecting and from whom? Is it the foreign influence or corruption or bad governance or what is it? Or is it really ‘Pakistan’ you want to protect? Destroying the very motherland you are trying to protect from the so-called ‘evils of the society.

The rift between civilians and security forces

Security forces are there to protect the civilians. But when they use illegitimate force against the people, it just becomes a tool to advance political agendas. These forces should work independently of any influence. Unfortunately, in our country, the case seems otherwise. Already, civilians had little trust and confidence in the system and now it seems like that has also vanished. Not only this, there are also some civilians who bash, abuse and disregard the legitimate orders from these guarantors of law thus, expanding the rift between civilians and security forces.

Illegitimate use of force

Foremost, people indulged in peaceful protests shouldn’t be stopped but should be protected by all means. This is what the security forces should do. But in a recent turn of events, no one could tell the difference between the security forces and the protestors.

The shelling, use of tear gas, and the so-called ‘lathi charge’ against the unarmed protestors pointing guns at them, destroying their property. Where is the country headed? Why has the justice system of Pakistan taken a lean back? Violence only calls for more violence, but yes, in the end ‘all of us trying to protect something and we still don’t what it is.’

In the past two-three days, nature has been collateral damage. Trees and roads have been set to fire. Climate conditions are exacerbating and here we are playing our part to make it worse. Will you ever set ablaze any plant or tree in your house? Then why is the country taken for granted? Already, the rescue missions are trying to put out the fire that has consumed almost half of the forests in Balochistan, and here we are trying to start a new fire, but then again, all this is for a noble cause, right?

There are many other things like blockades, disruption in education and work, banning some media outlets, blame games, media wars, etc. Is this the Pakistan we want to protect in the future? Are we going to teach our future generations to seek justice through violence? Let’s get our priorities straight. If it’s really Pakistan, we all want to protect, then don’t mar its presence with violence and chaos. Think! 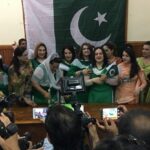 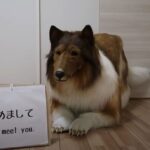