Whether it is the scorching heat of summers or the chilly afternoons of January, Pakistanis love cricket. The women’s cricket team women won the series against Sri Lanka, whereas the Men’s cricket team won against West Indies. Both the teams have set the cricket field on fire by giving exceptional performances.

Pakistani women’s cricket has been giving great performances and we are truly proud of them. Despite the lack of support, they have become role models to the young girls.

Bismah Maroof has been doing wonders being a mom and handling the responsibility on the grounds as well. She has made records along with Sidra Ameen. Sidra Ameen was also the player in the match. Bismah and Tuba Hassan has been nominated for the player of the month, which in itself is a big achievement.

Bismah at the top! 📈

Captain Bismah Maroof today overcame Javeria Khan's run tally (2885 runs) to go to the top of the list. No Pakistan batter has scored more runs than her tally of 2891 runs in WODIs!#PAKWvSLW | #Cricket pic.twitter.com/dNW5buyYP5

Sidra Ameen and Muneeba Ali made their way into the record books with their 158 run opening partnership today.

Tuba Hassan & Bismah Maroof have been nominated for ICC Women's Player of the Month award for May.

Tuba was Player of the Series in her debut T20I series against Sri Lanka, while Bismah finished as the highest run-scorer in the same series.

The Pakistani Men’s Cricket team is also on fire this hot summer. The scorching heat in Multan did not deter them from winning. The fans were equally excited, and the stadium was fully packed. Babar Azam, as usual, scored runs with making records. Khushdil Shah, Imam-ul-Haq, Muhammad Rizwan, Shaheen Afridi, and Shadab Khan played their part in the team’s win.

Babar Azam made a record by making 50-plus runs in the last nine innings. He is the second player after Sangakkara to score four centuries consecutively. He has scored six centuries.

Babar Azam was chosen as the Player of the Match tonight, but he has handed the award to Khushdil Shah instead 🏆

A class act from the captain 👏 #PAKvWI

Kamaal bowling by @mnawaz94 and great effort throughout. Keep it up my boys! ❤️ pic.twitter.com/rWBwYFepuA

The last Pakistan bowler before Mohammad Nawaz to concede less than 20 in an ODI after 10 overs was Mohammad Hafeez in 2011 🇵🇰 pic.twitter.com/7hSAdnW0rV

10 consecutive ODI series wins for Pakistan against the West Indies.

We are proud of our teams for performing in an excellent manner and winning the series. 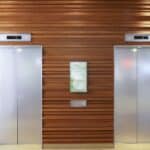