No state can live in isolation. It is in the interest of states to keep diplomatic ties strong across the region. It helps them strategically and economically. Pakistan is trying to expand its wings diplomatically to strengthen the ties across the region. Gulf states have been of utmost importance. Pakistan has cordial relationships with all of them. Recently, a seminar at Islamabad Policy Research Institute (IPRI), was held to review the Pak-Gulf Relations.

Brig Raashid Wali Janjua, IPRI’s Acting President and Director of Research said that suggestions are needed to uncap the potential human resources that have been neglected for so long.

Ghulam Dastagir, Former Ambassador to UAE said that the new Quad has come into existence. “These are new realities, and we have to charter our interests in their midst.” He shared that ‘the trade volume is around $15 billion and a diaspora of 4.5 million sending in remittances to the tune of $15.5 billion per annum.’ Pakistan’s relations are expanding and the trade-related to oil and petroleum products and liquefied petroleum gas (LPG) gas will be one of the important agendas of these relations. The UAE and GCC countries are interested in investing in Pakistan for $500 billion.

Dr. Farhan Chak, Kashmir Civitas Secretary-General, said that 180,000 Pakistanis are working in Qatar. The market can be studied and they should do more effort into bringing the countries together. Despite the propaganda against Pakistan, the workforce has made an impressive impact.

Dr. Nazir and Dr. Amna said that Pakistan needs to make diplomacy better rather than relying on the conventional approach. Pakistan is underrated, and this needs to be brushed off.

Dr. Vaqar Ahmed, SDPI Joint Executive Director, said that ‘Pakistan’s macro-economic indicators are doing well despite the Covid-19 impact and a tough International Monetary Fund (IMF) program. A bumper crop and increase in exports will see through the economy from rough waters. There is a need for broadening the economic base of interaction with the six-member GCC and more trades tapped into.’

He said that the UAE is the largest export destination. “We need to broaden to non-traditional exports and touch base on Information Technology and high-end products.”

It is important to carry out such debates as this helps the government and respective departments and ministries to work on policies more needed according to contemporary times.

Polio Campaign Across The Country – Say No To Polio 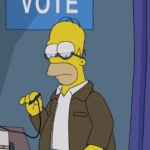 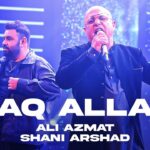