Islamabad will be hosting the 17th Extraordinary Session of the OIC-CFM (Council of Foreign Ministers) till the 19th December 2021. Delegations from 57 countries are invited to participate. The delegation of P-5 countries is also invited to the meeting. The meeting would be presided over by Saudi Arabia. The main agenda of the session would be a discussion on the ongoing humanitarian situation in Afghanistan in the aftermath of the Taliban takeover. The international community should come forward to help the Afghan people.

The OIC secretary-general Ambassador Hissein Ibrahim Taha has appreciated Pakistan’s role in the evacuation of foreigners from Afghanistan post-August 15. He expressed hope that Pakistan will continue its positive role in helping the people of Afghanistan.

FM Shahid Mehmood Qureshi has warned that if the situation deteriorated in Afghanistan, it will not only affect Pakistan, but also the other countries of the region and beyond. He also stated that Pakistan has also invited Afghans to the upcoming meeting so that they could present their point of view. 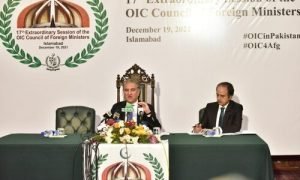 Pakistan has been one of the founding members of the OIC. The country has played a very important role for the solidarity of Muslim Ummah. Hosting this meeting shows the commitment to Islamic solidarity by Pakistan. Pakistan is also committed to regional and international security.

This extraordinary session of the OIC Council of Foreign Ministers would play a key role to cope with the humanitarian crisis in Afghanistan. The session should adopt a clear strategy to deal with the prevailing humanitarian situation in the war-torn country. A very important comprehensive resolution should be passed to support the Afghan people in this critical time.

OIC should play its role in order to alleviate their sufferings in terms of humanitarian, medical supplies, and assistance in all forms. All financial institutions and member states should be mobilized to get more resources to support the country. Multiple resolutions have been adopted at the ministry level.

A special package of Rs. 11.2 billion has been announced by ‘The Ministry of Education and Professional Training’ by Pakistan. The main aim is to improve the education sector and skill development in the war-torn country. The amount will be spent for offering scholarships to 3,000 Afghan students in Pakistani universities, free training with a stipend for up to 5,000 Afghan nationals for skills development in Islamabad. Free training would be given to 150 Afghan teachers, and 100 nursing diploma scholarships will also be offered. Allama Iqbal Open University’s (AIOU) regional campus would be established in Kabul.

Rs. 5 billion humanitarian aid for Afghanistan has already been approved by Prime Minister Imran Khan last month. Transportation of food from India for assistance through Pakistan has also been allowed. President Alvi has reiterated that Pakistan would continue to provide all possible assistance to Afghanistan for the development of its education sector and capacity-building of its educational institutions. 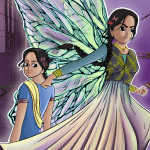 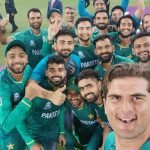