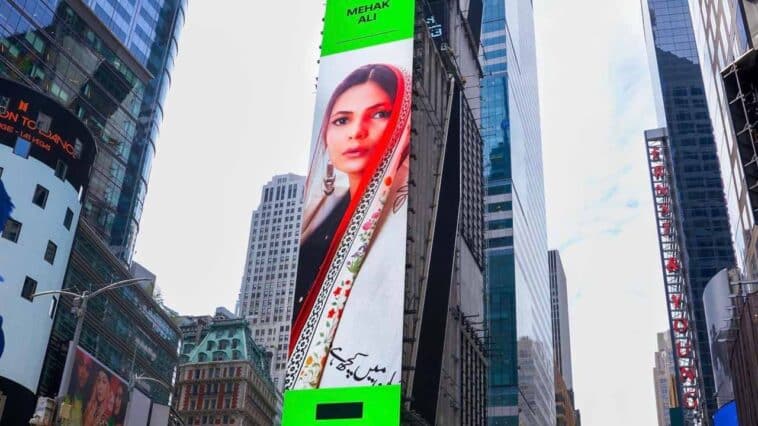 Pakistani artists have been making waves on Spotify. After Arooj Aftab, Times Square Billboard has featured singer, Mehak Ali. She is Spotify’s Ambassador for ‘EQUAL Pakistan’ as the audio streaming platform gives more space to the womenfolk. Arooj Aftab, who recently won Grammy, was Spotify’s first ‘Equal’ Pakistan Ambassador for March. They chose Mehak Ali for the month of April.

Mehak was born in Nanakana Sahab. She moved to Lahore to pursue her music career. She won the Pakistani music competition Music Talent Hunt for the song “Baandi” in 2012. She made her debut in Bollywood in 2017 and became the first Pakistani singer to be awarded Mirchi Music Award for Upcoming Female Vocalist of The Year (10th Mirchi Music Awards). She was also featured in Nescafe Basement 4th season, where her song “Kameez Teri Kaali” was an instant hit.

Spotify aims to celebrate the work of female artists by sharing their content globally. it had already launched its “Ramadan Destination for Pakistani listeners, curated for every Ramadan moment.” Mehak Ali’s sufiyana kalam, ‘Sallay Ala Nabiyena’ is also part of Ramadan Destination.

Arooj Aftab – First Pakistani Ever To Win An Grammy Award

Mehak Ali has become a household name in Pakistan. She is also representing the women artists of Pakistan at a global level. She shared her happiness with the fans, “Same day, same place, At Times Square New York. I never knew I’ll be on a billboard one day at Times Square. Thank you, everyone, for all the love and support. I’m so grateful. Alhumdulillah for everything.” She shared her joy after becoming the Equal Ambassador in Ramadan, “It is an honor to be selected as an Ambassador for EQUAL Pakistan, especially in a month as auspicious as Ramadan. This is an opportunity not just for me as a woman to inspire women in the country but provide listeners with a beautiful track for this Holy Month.” 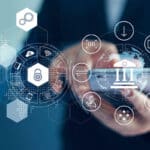 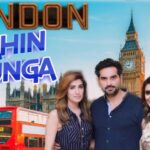