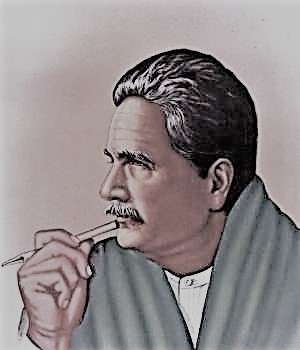 Iqbal, the man who raised many magnificent existential questions, “Who am i? What am I here to do?” He was a man with the dream of Pakistan and a great politician who gave birth to the idea of an independent state for Muslims of the subcontinent. However, Iqbal was a poet not a politician. Through his poetry he addressed the self-esteem of the people so to pursue their struggles for an independent state. He was well respected in the sub-continent as well as Persian speaking regions especially Iran, where he was known as “Iqbal Lahori”.

“O wise men! It is good to have a thirst of knowledge, but of what use is the knowledge that
cannot comprehend the reality”- Allama Iqbal

The purpose of life is the development of the Self. In order that they may achieve the fullest possible development, it is essential for human beings to possess knowledge. Iqbal gave not only the youth but the entire sub-continent a quest for self, unlike any other scholar, the concept of ‘Khudi’. His poetry was not only confined to addressing the Muslim ummah but called out to the entire sub-continent. This is why, not only in Pakistan is his work and struggles acknowledged, rather he is payed homage to across the globe.

“Khudi Ko Kar Buland Itna Ke Har Taqdeer Se Pehle
Khuda Bande Se Khud Puche, Bata Teri Raza Kya Hai”
(Develop the self so that before every decree God will ascertain from you: “What is your wish?”)

Iqbal’s keenness to look for deeper meanings of things and how things actually work out in every aspect of our lives made him a great philosopher. He was a well-learned person whose ideas and values were shaped by reading the works of a variety of eastern and western writers. These traits of Iqbal clearly point out to us as to what it really takes to be a great person. It is by reading relevant, reliable material from a variety of sources that we can acquire a deeper understanding of things and so attain a higher level of both spiritual and material satisfaction and happiness. His poetry inspired millions to work for their better futures by continuously talking about unity, reforms, hard work and dedication towards a combined goal especially for the Muslims. He talked about the unity of the younger generation and how their direct involvement and participation in politics can lead to a better tomorrow. He strived to provide the Youth of the Sub-continent with a platform where they can speak their truth and their story so they may become future leaders.

“Mohabbat Mojhe Un Jawanon Se Hai
Sitaron Pe Dalte Hain Jo Kamand.”
(I have love for those youngsters who pull the stars down)

Iqbal Day is celebrated every year on the 9th of November in order to pay homage to our national poet and philosopher. His work was exceptional and this is the reason why he is known all over the world and people read his work after translating it in so many different languages. His philosophy is still taught in many foreign universities. On Iqbal Day the entire country devote this day to the great legend and organize programs in order to remember his work. 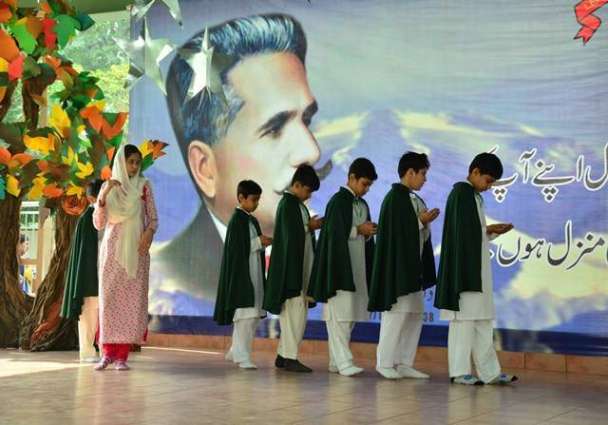 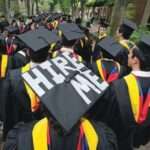 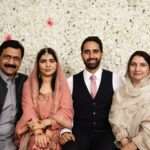