Our very own multi-talented Jack Sparrow a.k.a Johnny Depp once again left the world in awe. We already know what an amazing actor, producer, and musician he is. But did you know (we bet you don’t), he can play well with strokes and brushes as well. Johnny Depp’s latest artwork is making rounds on the internet. His artwork made millions in just few hours.

According to the recent reports the Hollywood actor made around £3m through his debut art collection. The sale was announced on Instagram and within hours there was nothing left to buy from the collection. All 780 prints just vanished. 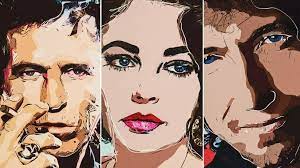 Johnny Depp’s artwork depicts people who inspired him. Like the collection of ‘Friends And Heroes’. His artwork is an expression of his feelings, which he shared with the world through the work of his strokes. As Johnny Depp said “I’ve always used art to express my feelings.”  He added “My paintings surround my life, but I kept them to myself and limited myself. No one should ever limit themselves.”

Look at him looking at his own art in this galleria, like the multitalented man he is and he must be so proud himself 🥺🥺 because I’m so proud of him, he deserves this so much 😭😭❤️ #JohnnyDepp #artwork #castlefinegalleria pic.twitter.com/3013SoDWQQ

The artwork depicting Bob Dylan the folk legend and Al Pacino “reflects on those who matter most to me, like my family, friends and people I admire”.

The Instagram post “NOW AT #CASTLEFINEART” signaled the art enthusiasts to rush to the art gallery’s website causing it to crash. The portfolio of 4 images was sold for £14,950 and individual framed images were sold £3,950.

The exhibition was being planned for a long time and it only made sense to exhibit the collection after conclusion of the famous Johnny Depp vs Amber Heard high profile case. The art gallery hinted at more exhibitions in the future, displaying Johnny Depp’s art work.

A statement was published on the website that said “For Johnny Depp there has always been art. Before acting, and before music, art has always been an important outlet for his creativity. While his acting skills are obviously the foundation of his fame, the recent reception to his music with Hollywood Vampires and Jeff Beck has encouraged him, and emboldened him, to share his art.”

The gallery explained Depp’s artwork as something existing “at the intersection of pop art and street art” and as “pop art with feeling”. 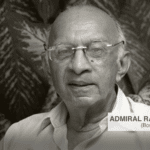