Pakistan and many countries around the world are raising their voices against Islamophobic sentiments. Even they managed to get a resolution against islamophobia passed in the UN. Because of this, the UN declared 15th March to be celebrated as the International Day to Combat Islamophobia. But seems like some countries and people are indifferent to the matter and instead of condemning it, they are partaking in heinous acts against Muslims. Such as the incidents in Sweden demonstrates curtailment of freedom of speech and expression.

Recently, protests in Sweden have sparked Islamophobic sentiments in the country. The protestors were seen burning Quran which shows the rise in xenophobic sentiments. These incidents are further causing serious consequences for the “relations between Sweden and Muslims in general, both Muslim and Arab countries and Muslim communities in Europe.”

Pakistan has condemned these Islamophobic incidents in Sweden, Netherlands, and India. The foreign office issued a statement and said “These mindless provocative Islamophobic incidents serve no purpose other than hurting the sensitivities of over 1.5 billion Muslims living all over the world. Such actions are not covered under legitimate expressions of the right to freedom of expression or opinion, which carry responsibilities under international human rights law, such as the obligation not to carry out hate speech and incite people to violence.”

The statement further said “Muslims, including in Pakistan, unequivocally condemn the practice of insulting Islam, Christianity, and Judaism alike, and stand against all acts of violence on the basis of religion or belief. These principles must be equally respected and supported by all.”  The foreign office called for collective action from the international community against religion-based violence.

Seems like a chain of events have been happening that is marginalizing the minorities. Even in India, the rise of islamophobia is making the life of Muslims and other minorities a living hell. If the incidents of the Holocaust are recalled, people were pitted against a certain community. The neighbors ratted out their Jewish neighbors and carried out violence against them. The exact is happening in India. But why in world the international community decided to stay silent instead of taking any strict actions.

The foreign office while condemning the Indian atrocities said “Harrowing scenes of demolition of houses, businesses, and shops belonging to Muslims and the vandalization of mosques by local authorities in Madhya Pradesh and Gujarat reveal the deep penetration of Hindutva ideology into the fabric of Indian state and society.” The statement added “Even more alarming is the fact that the local authorities that were evidently complicit in the fear-mongering have launched a concerted campaign against the Muslims on the pretext of a crackdown against ‘alleged rioters.”

This is alarming for the world not only for Muslims but all the people around the world. These actions are curtailing the freedom of speech and expression. Aren’t these among the founding principles of democracy? Is this what you want society to be like? If not then Speak UP and Stand For what’s right. 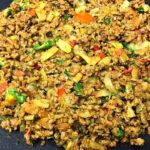 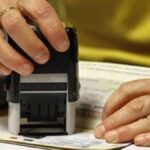