Every one of us dreams of getting married that too just like a fairytale. But what do you do when your parents aren’t interested. Our elders always make us believe that they are thinking the best for us, well not always. Mahmood Ullah wanted to get married, but his father stopped him because his own experience gave birth to a demonic offspring like him.

Mahmood Ullah from KPK is a 28-year-old man, who is ready to get married and fulfill his dreams. He registered an FIR against his father at the local station. When asked he said that he wanted to keep himself chaste and wanted to get married, but his father isn’t letting him do so. His father is not making any effort or being aware of their responsibility.

His father was summoned by the police and he answered that his son has a very childish attitude towards life. He cannot manage his own expenses, how can he put someone’s daughter in trouble with his spendthrift son. He is also a troublemaker and has landed in jail a couple of times. He said that he was fully aware of his responsibilities, but if his son I not mending the ways, he ain’t getting married.

His father seems to be a sane person, otherwise, our desi parents act quite contrary. “I am aware of my responsibilities towards my son but if he is disobedient and irresponsible, then how can I put someone’s daughter’s future at stake for him?” he told the DSP, if his son promises to be responsible, he will marry him right away.

At least someone is thinking in the right manner. We want such fathers who stand up for their son’s behavior and are mindful of other’s daughters. 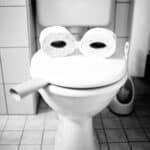 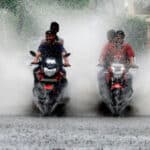