We always knew that the billionaires live in peace as they have all the luxuries. And yes they are supposed to have all the fun in the world. But who knew Elon Musk would be disowned by his own son. Yes exactly! Our jaws also dropped the way you reacted. Boy! This man brought you into the world and you are disowning him. What if I disowned my brown parents, I will be left with nothing but shambles. Hmmm!!! But then she is the daughter of a billionaire and she doesn’t have to care about any financial issues. Even his employees have disowned him for his antics on Twitter. But wait does that mean Tesla is run by a mad man. What sort of a mad man? We need to investigate that. Our investigation team is on a run for the undercover details.

His son filed the case of disowning her biological father in a Californian court. Where she has asked the court to change his name and gender identity from male to female. He took the advantage as soon as he turned 18 when he has the right to his own life.

He also wanted to remove her father’s name and add his mother’s name. He wants to be called Vivan Jenna Wilson. He said, “I no longer live with or wish to be related to my biological father in any way, shape, or form.”

on name change Vivian says "Gender Identity & fact that I no longer live with or wish to be related to my biological father in any way, shape or form"

Elon Musk's 18-year-old daughter has filed to legally change her name to confirm to her gender identity.

The official reason given: "Gender identity and the fact that I no longer live with or wish to be related to my biological father in any way, shape or form." pic.twitter.com/t04P9m8fEI

When contacted by sources, Elon said that he did not have much information about the process. He responded, “We are simultaneously being told that gender differences do not exist and that genders are so profoundly different that irreversible surgery is the only option. Perhaps someone wiser than me can explain this dichotomy.”

He had also wished father’s day on Twitter and said, “I love all my kids so much.” In response to his daughter’s case filed against him.

His employees have also disowned him for his ridiculous tweets. 400 Space X employees signed in a letter, asserting that Musk’s behavior had become an embarrassment for the company. they thought Space X should distance itself from Musk as it was damaging to their image. The employees involved were fired citing the reason they had gone against the labor laws. Sad but True as he is Elon Musk.

That’s when you have rich but you have no say in your child’s life. It is okay, you have other children to own you. 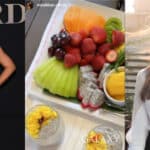 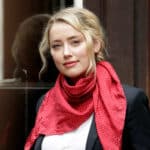