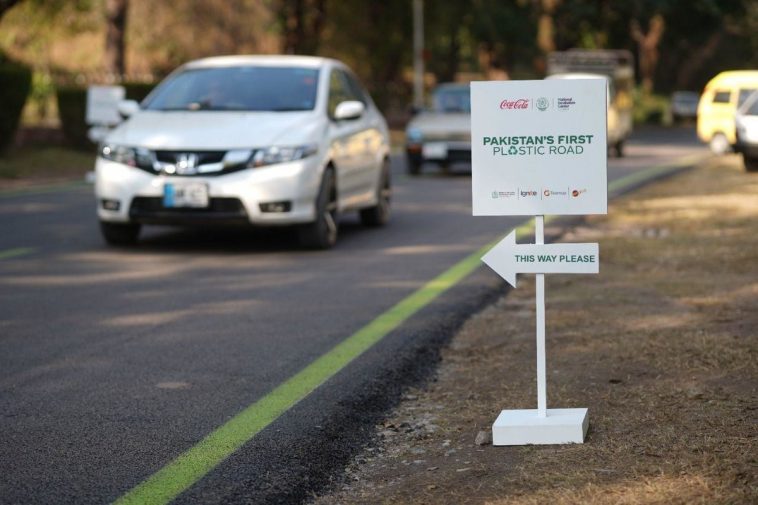 In the last decade, there have been many concerns about plastic waste and the proper ways to dispose of it, to not harm the environment. For this reason, high-end corporations decided to take on the initiative to try and implement plastic roads. One such example is the 1 Kilometer of road recarpeted from Plastic waste in Islamabad.

The idea was born with the help of three high-end corporations in Islamabad, Coca Cola Pakistan, and Afghanistan, the technological hub TeamUp, and Capital Development Authority. The said three companies announced this joint initiative in a press release on Monday when they inaugurated the project. 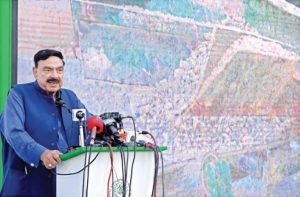 In Pakistan, there is a usage of 55 billion plastic bags produced every year with no proper disposal planning. Research also states that 30 million tons of waste are produced every year, out of which 90% is plastic. It is not only this but also the fact that cities on the individual level also have a considerable level of waste that is not monitored or disposed off properly. 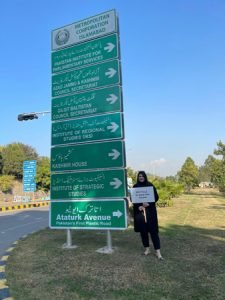 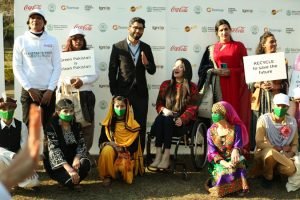 Karachi alone produces 13,500 tons of plastic waste. Karachi is the most central city in Pakistan and without proper sewage or waste disposal system.

While there is no road out there in the world, which is made entirely of plastic, but the idea is in the initial stage. Many countries around the globe try to recarpet some length of roads to see if the durability and strength are better than regular asphalt concrete road.

The collaborative effort by Coca-Cola, TeamUp, and CDA is undoubtedly a step in the right direction to try and make the country more sustainable. But more so than that is the fact that the tons of plastic waste produced every year harms us and our environment, and especially marine life.

All in all, we here at Neemopani love this new #CleanGreenPakistan initiative and will do all that we can to ensure that we move in an environment-friendly direction! 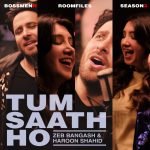 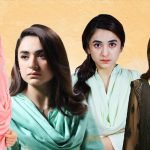