According to eyewitness accounts, Sadaf had been trying to climb up the container for a live beeper for her channel. However, because of the massive number of participants pushing their way forward and the security at the event backing them away, she accidentally fell down from the container and the vehicle ran over her.Two other reporters were also making the same effort. However, they survived.

After the accident, she was shifted to Tehsil Headquarters Hospital Kamonki.However, she was pronounced dead on her arrival at the medical facility. Sadaf was a resident of Ichra in Lahore and a mother of two.She had been covering the long march since it started from Lahore’s Liberty Chowk. Sadaf joined Channel Five in December 2009. According to her fellow journalists, she had consistently been working hard for the last 12 years. They have seen her reaching events for coverage and reporting on motorcycles, rickshaws and public transport vehicles.Even harsh weather conditions did not deter her performance.

Sadaf’s husband, Naeem Bhatti, , he saide that this was an accident and he neither wanted to initiate any legal action, nor wanted an autopsy performed on his wife’s body.Imran khan, after the accident, announced halting the march.“I say this with utmost regret that due to an accident we are postponing the march today,” he told the participants.He later tweeted that he was shocked and deeply saddened by the terrible accident that led to the death of Sadaf Naeem during the march. “I have no words to express my sorrow. My prayers and condolences go to the family at this tragic time,” he added.Punjab Chief Minister Chaudhry Parvez Elahi announced financial aid of Rs2.5 million rupees for her family.Later, he increased this amount to Rs5 million on PTI chief Imran’s directives. Elahi in a tweet lauded Sadaf and extended his condolences to her family.“The Punjab government will take full care of the family,” he added.Prime Minister Shehbaz Sharif also expressed his grief on the reporter’s unfortunate death. PM Shehbaz praised Sadaf as a “dynamic and hardworking reporter”. The premier also spoke to Sadaf’s husband on the phone and told him that the government stood with him in this hour of grief.President Arif Alvi expressed his sorrow over the journalist’s death and extended sympathies to her family.“My sympathies are with the family in this hour of sorrow,” the president said in a statement. Federal Information Minister Marriyum Aurangzeb said she too spoke to Sadaf’s husband on the phone and expressed her grief over the incident.“I personally knew Sadaf. She was a very brave and hardworking reporter,” she added. Foreign Minister Bilawal Bhutto-Zardari also expressed his sorrow over the death. 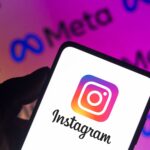 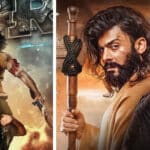