When it comes to making facts up on an international level, nobody takes the cake like the Indian media. Only this morning, I came to the office sipping the coffee when the first thing I saw was the possibility of a UFO attack on Islamabad. The moment I saw the Indian media reporting it, I realized that they were at it again.

India is supposedly obsessed with Pakistan. From making assumptions about the flying ISI departments that are levitating on the power of pure imaginations, to the martyrdom of trees in Islamabad, the Indian media surely surprises us with their quick facts. And just when we thought they could give it a break, we heard another news…

Let’s take a look at this fantastic piece that their media recently reported.

Seriously India? Like I am speechless with words literally coming out of my keyboards and bleeding onto this page. So a UFO recently visited us, and then it went away. This piece of news is practically circulating the Indian media. To be honest, we weren’t expecting much from them considering their obsession with creating mockeries of marvel superheroes in their dramas. However, this is the new level of drunk that Indian media can supposedly get.

The only thing that I am puzzled about is how our ISI missed those aliens. Also, I live in Islamabad and news travel pretty fast. We can get the wind of odd events pretty fast. Did you recently have a fight with your spouse and now you are leaving your hoe hungry? That neighbor around the corner knows it better than you do and quite possibly, you will hear it from a friend in such details which will surely surprise you. When we cannot keep our ears out of what our relative is eating or doing, how in the tarnation how can we not know about an alien coming this close to our hometown?

But Indian media is like that phuppo or khala who knows about creating made-up facts. Apparently, they also had access to someone named Arsalan Warhaich, who is a made-up witness. He happens to be an alien hunter and he is also a businessman. Geez India! Stop bringing your bollywood hallucinations to your town.

One of their articles said that the tongues of the residents were wagging when they saw the non-existent spacecraft flying in the sky. Because when we are spotting an alien object in the skies, the first thing that we do is wag our tongues. I mean that is the natural reaction for being surprised, isn’t it? It seems India needs to get its facts right about biology too. But the craziness doesn’t end here. They involved NASA too.

It’s alright India. We also fantasize about many things but we make sure to keep them separate from the reality. Also, we would very much like to be in touch with the supplier of your reporters. 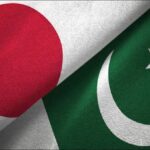 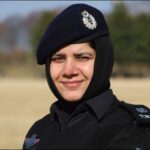