Note: This is a spoof article. Most of the information has been completely made up. Believe at your own peril.

This is just in, the authorities of Thailand have made it legal for you to remain stoned 24/7. How? Well, the majestic country has made it possible for you to smoke cannabis, and not be penalized for it.

Thailand has been known for its harsh laws regarding drugs. However, only recently the president has reported smoking a joint and eating several hash brownies, only to wake up a changed man.

“This stuff’s awesome, man!” he spoke to the media while showing his secret hash pileup in his bedroom.

The transformation of the president came quite capriciously. It was reported that the president was leading an anti-narcotics team to rid a tourist camp off all the drugs, especially cannabis tampons and some very special stuff that would make you see stars in broad daylight. Someone handed him a free first dose, and then the president asked for more.

For some reason, the anti-narcotics operation soon transformed into a rave party. When the president asked for more, he was told that the country’s stubborn laws prevented the hash from reaching to the common man.

“Let’s make Thailand great again!” said the president as he inhaled more of the stuff.

The law was established to grow cannabis at home, and send a few stashes to president’s house every once in a while. Furthermore, news have reported that cannabis legalization has attracted a lot of stoner tourists, and for some reason, half the American people to come to Thailand.

In another news, the country’s economy has also tripled when the cannabis was legalized.

Explaining about how the business has thrived, the finance minister of Thailand has presented the following statement.

“Let’s bleed those tourist people dry! Stone em, and sell them a single hash brownie per 200 USD. And those idiots actually pay for that!” 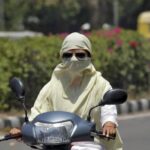 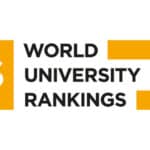