Pakistan mein sardi ho aur gas bhi ye kesay mumkin ho sakta hai? Kya Apkay ghar gas arahi hai? Finally, someone is talking about gas, the crisis that we have to face every winter. Recently, it was revealed that Russia is keen to work on a gas project with Pakistan. We hope this ends the ‘gas’ issue.

Pakistan has been collaborating with its neighbour for more sustainable and long-term gas projects. Some of them have started, some are just in limbo, and some need to be restarted. Some of the major projects are as follows:

Turkmenistan-Afghanistan-Pakistan-India (TAPI) pipeline is an 1814 km trans-country natural gas pipeline running across four countries. It is also known as the Peace Pipeline and Trans-Afghanistan Pipeline.  It will start from Turkmenistan and pass through Afghanistan to enter Pakistan and India.

The Iran–Pakistan gas pipeline is a 2775 km pipeline to deliver natural gas from Iran to Pakistan.

It was named the North-South gas pipeline in 2015. The main idea behind was to increase natural gas consumption in the Asian nation. The gas to the Pakistani coasts will be delivered via LNG carriers.

Russia holds 1,688 trillion cubic feet of gas reserves ranking 1st in the world. It provides for about 24% of the world’s total natural gas reserves.

Russia is keen to expand its wings across the region just like the earlier times. It is interested in collaboration and partnerships with the neighbours and other countries of the region. There was a Russian-Pakistani Intergovernmental Commission on Trade, Economy, Scientific, and Technical Cooperation organized in Yekaterinburg, in November 2021.

There would be cooperation in the following fields:

Pakistan has also shown interest in connecting to the financial messaging system of the Bank of Russia (SPFS).

Recently, Russian Premier Vladimir Putin and Pakistani Prime Minister Imran Khan discussed a variety of issues in a telephonic conversation.  They stressed a ‘peaceful and stable Afghanistan for regional stability.’  Imran Khan said, “Afghanistan is facing dire humanitarian and economic challenges and support of the international community to the people of Afghanistan at this critical juncture remains vitally important.” He said that he is looking forward to the Russian Premiers’ visit to Pakistan. They are also expected to meet in February for Winter Olympics in China.

Russia and Pakistan partner up for a gas project

Pakistan and Russia joined hands in 2015 for an agreement under the Pakistan Stream Gas project. It has been finalized now. The agreement includes the construction of an 1100 km gas pipeline from Karachi to Lahore with a cost of $2.5 to $3 billion. The tentative completion of the project is by the end of 2023. Pakistan will have the majority shares in the project.

In a telephonic conversation, recently, they talked about economic and energy cooperation. The Russian Premier told Imran khan, “The discussion focused on the development of Russian-Pakistani ties in different areas, including trade, the economy, energy, and the humanitarian sphere, as well as combating the spread of the coronavirus infection.”

We also discussed ways to move forward on trade and other mutually beneficial cooperation between our two countries. We invited each other to visit our countries.

We hope that this friendship blossoms and brings prosperity to the region. 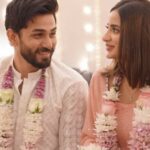 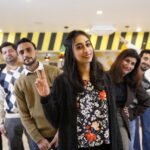