Note: This is a spoof article on the Resident Evil Netflix series. None of the information presented here is true.

Resident Evil Netflix has taken the internet by storm. The iconic zombie outbreak franchise has secured more numbers in terms of viewership than any other similar-themed series. However, this just in, the director of the latest Resident Evil, premiering on Netflix in 2022 has revealed exciting and somewhat disturbing news.

Anticipations are high, and people want to watch whatever horror show the Resident Evil Netflix series are planning to include.

“People love Kardashians. What nobody knows is that they too were created in a secret government experiment to test human viewership. And in a way, they resemble the zombies that are running around while eating people’s brains. Both literally and figuratively” revealed the head scientists of an unknown research facility deep in the Nevada Mountains.

When asked about how he would incorporate the Kardashians into the zombie franchise, the director of the Resident Evil Netflix series revealed some more information.

Fashion Show Where Everyone Wears Trash

In the new Resident Evil Netflix series, the situation complicates as Leon’s daughter falls in love with a zombie human who has recently enrolled in the Monster High School. Leon forbids his daughter from ever seeing that undead who doesn’t eat the brain, but she refuses since love prevails. To add variety, the zombie guy is played by a Chinese. Furthermore, later on, the daughter of Leon comes out to be gay after successfully misleading the poor zombie guy.

When asked about where the Kardashians would fit in, the director simply said.

“Oh hell no! It was simply a lie to get the hype. I ain’t ruining my movies!” 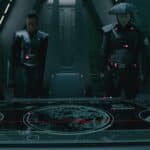 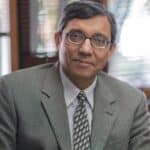