The predicament between India and Pakistan has always been fluctuating, and the former does not let go of any chances to cause hurdles and problems for Pakistan and the people of Pakistan. This week, officials from India and Pakistan met for their annual meeting of the Parliament Commissions on Indus Water (PCIW).

A 10-member delegation led by the Indian Commissioner for Indus Water P X Saxena arrived in Pakistan through the Wagha Border and then traveled to Pakistan for a three days conference. This treaty is in accordance with the obligation of the Indus Water treaty of 1960.

It is the first time that female members are also accompanying their male colleague on this delegation.

The purpose of the meeting is to find a way to move forward peacefully and agree on how to use the Indus water for the development and betterment of both countries simultaneously. This delegation was supposed to come in mid-January but was postponed when the Indian official suggested that they had concerns regarding the COVID-19 restrictions.

This however raises a lot of concerns for the people of Pakistan. Between the two countries, there are already a lot of concerns regarding the 1,000MW Pakal Dul and 48MW Lower Kalnai hydropower projects. Pakistan is already very concerned with the construction of 10 hydroelectric power projects — Durbuk Shyok, Nimu Chilling, Kiru, Tamasha, Kalaroos-II, Baltikulan Small, Kargil Hunderman, Phagla, Kulan Ramwari, and Mandi.

“Therefore, all these projects have been made part of the PCIW meeting during which the Pakistani Indus water commission’s team, headed by Syed Muhammad Mehr Ali Shah, will reiterate its objections and seek reply/justification from the visiting Indian delegation,” explained the official.

“Moreover, both countries will also resume talks on Pakal Dul and Lower Kalnai projects,” he added.

So far there is no plan for the Indian delegation to visit the areas, and are only here for the meeting. These meetings have been going on for some decades now and while Pakistan does its best to ensure that the meetings come to a fruitful end – it is not always the case. The water flow situation between India and Pakistan has been very tricky and everyone must do their best to find a way forward, which is beneficial for both countries. 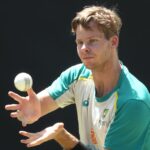 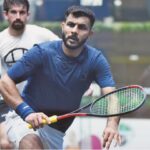