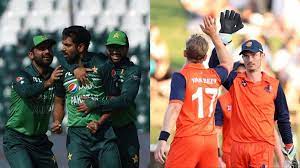 The Pakistan cricket team has been doing quite well on the field with Babar Azam taking lead and leading by example. Pakistan leads Pakistan vs Netherlands ODI series by 2-0. After winning the ODI series, they have ranked 4th for the ODIs. In the first match, Pakistan won by 16 runs whereas in the 2nd ODI they won by seven wickets.

Pakistan won the toss and chose to bat first. Pakistan made 314/6 which was a compatible score. Fakhar led by 109 and Babar with 74 runs. De Leede took 2 wickets for 42 runs. The Netherlands made 298/8 where Edwards scored 71*and Cooper scored 65. Naseem Shah took 3 wickets for 51 runs.

Best Film From The Subcontinent – Joyland Bags Another Award At IFFM

Netherland won the toss and chose to bat. They were under pressure straight from the start and couldn’t stand in front of the young pacers Haris Rauf and Naseem Shah who reduced them to just 8 runs with 3 wickets just in four overs.  De Leede scored 89, and Cooper scored 66 from Netherland. Rauf took 3 wickets for 16 runs and Nawaz took 3 wickets for 42 runs.

From Pakistan’s side, Rizwan scored 69, Babar 57, and Salman 50. Kingman from Netherland took 2 wickets for 32 runs. Pakistan won by seven wickets.

This is a good addition to Pakistan’s ranking after winning the series by 2-0 against the Netherlands.

Shaheen Shah Afridi is injured so he will rest. There are chances that he might not be able to play Asia Cup which is scheduled on 28th August. 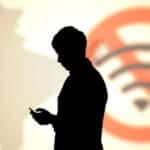