All of us, in life, have been into pets, maybe a cat or a dog. They keep you calm and relaxed by giving you company. Dogs specifically are known for their loyalty. There are a lot of breeds that are famous for their characteristics. Some of them include bulldog, pug, german shepherd, poodle, rottweiler, Labrador, etc. Amongst them, Labradors are the best dogs.

“Dogs are our link to paradise. They don’t know evil or jealousy or discontent. To sit with a dog on a hillside on a glorious afternoon is to be back in Eden, where doing nothing was not boring — it was peace.”–Milan Kundera

Just like cats, dog breeds have different qualities. Some of them that are kept as a pet and are friendly:

Today, we are going to tell you about Labrador Retriever.

It is a British breed developed in the UK from the fishing dogs which were imported from Canada. Initially, it was bred for sporting and hunting. But now it is kept as a companion dog, as it is loyal, obedient, and playful. They can also train it to be a guide or a rescue dog.

The oldest Labradors date back to the 1830s when they were first introduced to Britain from ships trading between Canada and Poole.

If we talk about their size. They are medium-sized with an average weight between 25-35 kg. Their fur is water-resistant and thick so that they do not get cold. They are in black, yellow and chocolate color. Their jaws are powerful. Their body has a strong and muscular build. Their coat and tails make them unique among the other breed of dogs.

According to the American Kennel Club, “true Labrador Retriever temperament is as much a hallmark of the breed as the ‘otter’ tail.”

Because of specialized breeding, there are differences between field, trial bred, and show-bred lines of Labradors. All the Labradors have descended from British Lines.

They are intelligent, kind, outgoing, playful, athletic, and fearless. They need to be dealt with intelligently, as they might get out of control. Initially, they were trained to retrieve games. Now they enjoy retrieving the ball and other activities like frisbee and fly ball.

They are not noisy and are easygoing with strangers, so they are not suitable as guard dogs. They are also suitable for many roles like detecting arson and becoming a guide dog.

They can tolerate cold water, which is why they are good swimmers. They work closely with the hunters to retrieve the dead birds, making them the king of waterfowl retrievers. They have been trained to be rescuers as they assist their owners to remove money and cards from ATMs.

They live for 12 -14 years. They are mostly kept in the US, UK, New Zealand, Canada, and Australia.

The Labradors, because of these many characteristics, are known to be the best dogs and we all can agree to that. 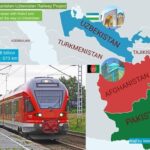 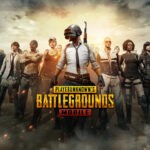